Dan Willis, one of New York City’s most active and versatile woodwind specialists, performs regularly across a wide spectrum of music from Jazz to New Music. He is currently a member of composer, David Chesky's “Area 31,” which Classics Today defines as, “A new modern downtown Manhattan chamber ensemble of all young star virtuosos.” And, recently, Dan served as a featured performer on traditional Armenian folk double-reed instruments, the Dukuk and the Zurna, at the New York premiere of “Strophes,” a work composed and conducted by Yakov Koslov. Both of these endeavors attest to the rich vocabulary within Dan’s musical language.

In addition to his work in the classical genre, he has toured Japan and the U.S. with Michael Brecker's Grammy winning Ensemble 'Quindectet', toured with Don Henley, and performed at Madison Square Garden with Clay Aiken. Dan is also a member of the Grammy nominated John Hollenbeck Large Ensemble and recently recorded on the Duduk as a featured artist for the new Rob Thomas solo CD single “All That I Am.”(Grammy nominated) As a much sought after woodwind doubler, Dan has played on ten Broadway Cast Recordings and is currently performing in the hit Broadway Musical, “Dirty Rotten Scoundrels.” (Grammy nominated)

Mr. Willis’ work can also be heard on T.V jingles for E-Bay, Snapple and Hershey's, as well as “Monday Night Football,“ Nick Jr.'s, “The Backyardigans,'“ and ESPN’s Roger Maris documentary. On the big screen, Dan has contributed to the film scores for Joe Gould's Secret and the 2005 Tribeca Film Festival's critically acclaimed, The American Ruling Class and has performed as a featured extra in the motion picture, Mona Lisa Smiles. Dan is also a frequent collaborator to the Baby Einstein Classical Music Educational Series performing on Flute, Oboe, English Horn and Clarinet.

A graduate of the Eastman School of Music, Dan studied the Oboe with Dr. Richard Killmer, Jazz with Bill Dobbins and Ramon Ricker, and arranging with Rayburn Wright.

"The Monk Project" By Saxophonist Dan Willis & Velvet Gentlemen Due... 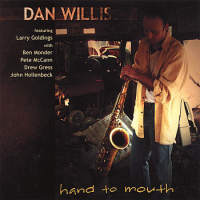 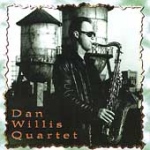 From: The Satie Project
By Dan Willis

All About Jazz musician pages are maintained by musicians, publicists and trusted members like you. Interested? Tell us why you would like to improve the Dan Willis musician page.