Vocalist and songwriter Dara Tucker is establishing herself as one of the premiere voices in jazz and beyond. From opening for Gregory Porter, to appearing on the Tavis Smiley Show, to winning the silver medal & the Ben Tucker Jazz Award in the prestigious, “American Traditions Competition” (2017), Tucker is making her mark in the world of jazz and beyond with a blend of soul, Americana, Gospel and jazz that is uniquely her own.

In the past few years alone, she was named a finalist in the Mid-Atlantic Jazz Vocal Competition, and won the “Nashville Independent Music Award” for best jazz vocalist. She has performed at the San Jose Jazz Festival, the Festival of Arts and Ideas, The Takoma Park Jazz Fest and the iRock Jazz Fest.

“I can't remember the last time I heard a new vocalist who impressed me so completely as Tucker. She has a beautiful, soulful voice, and her original songs are honest and innocent personal expressions backed by languid arrangements and skilled playing.”

Her 4th studio album, Oklahoma Rain (2017), showcases her as a formidable songwriter, able to express love, loss and healing in one fell swoop. Having performed on many of the major jazz stages in the US, including The Blue Note (NYC), Snug Harbor (New Orleans) and Scullers (Boston) with jazz luminaries such as Peter Bernstein, Dr. Lonnie Smith, Charlie Hunter and Helen Sung, Dara Tucker is poised to establish herself as one of the fresh, contemporary voices that will help to seamlessly move one of music’s greatest traditions into the 21st century.

Tucker’s Oklahoma roots are on full display in her latest studio project, named after the state of her birth. Though her diverse upbringing allowed her to experience life in various regions of the US, she still considers Tulsa, Oklahoma her hometown.

In 2014, she experienced a life-altering shift when both of her parents, passed away with very little warning. It is from that place of reflection and remembrance that Oklahoma Rain began to take shape.

Dara has always written from a deeply personal space, but the events of recent years have given great impetus to the creation of her most personal album to date. Weaving effortlessly between the genres that influenced her evolution, she sets forth to express the convergence of ideals that for Tucker, have come to represent Oklahoma itself: Home, longing, separation, loss and ultimately, healing.

She creates a mosaic of sound that reflects the influences that have helped to shape her since childhood – from the Gospel roots from which she sprung, to the jazz albums she listened to in secret, to the contemplative singer-songwriter music of the 70’s that lulled her to sleep each night. Each of these elements played a part in the formation of her first album to be comprised completely of original music.

The title track, “Oklahoma Rain,” beckons the listener to embark on a backwards journey through time. Dara calls on her extensive travels throughout the US as a child to evoke a sense of longing for what can never really be discovered again – the home of one’s youth.

“Radio” again plays skillfully with the theme of nostalgia as Tucker reflects on the songs of “yesteryear” that contributed to her musical foundation. Calling on influences such as Stevie Wonder, Earth Wind and Fire and The Commodores, she’s penned a brand new retro jam that taps into the current cultural zeitgeist, while seemingly daring DJ’s to ignore it.

Smooth jazz lovers are sure to appreciate, “I Fall” – an old-school, feel-good 6/8 groove that expresses an age-old sentiment – the desire to find a love worth letting go for. Dara is joined, for the first time on a studio project, by a special guest – vocalist, Kevin Whalum. Together, they weave a harmonic web that holds these two voices together with the greatest of ease.

Another standout track, “Moving On” expresses the difficulty of finding one’s footing after a considerable loss. It manages to recall the mellow, guitar-driven melodies of the singer-songwriter era, while leaving the listener with equal parts melancholy and hope.

Tucker’s lyrical prowess is on full display on the charging ¾ call to action, “Oklahoma Rainfall.” In it, she paints a vivid picture of the ground-shifting chaos that ensues after one’s foundation is irrevocably shaken. Once again, calling to mind the singer songwriters that shaped her, she dabbles in a bit of Americana to echo the recurring theme of convergence that has come to define her native state.

In the sweeping ballad, “The Road,” Tucker gives a nod to one of her first musical loves – the theater. Drawing on her love of big, bold melodies, Dara has written a song that aptly showcases her formidable vocals, as she spins a mystical, lyrical yarn that conjures dreamy encounters with those who’ve gone before.

For the first time, she experiments with a broader sound by layering in strings (Alicia Enstrom, Jon Estes & Liz Estes) and a blazing horn section led by Rahsaan Barber, Emmanuel Echem, and Prince pupil, Roy Agee.

Dara Tucker appears to be on the cusp of a career-defining thrust. Her melodic, lyrical and harmonic sensibilities have given shape to a sound that sets her apart in a major way. If you listen closely, you may hear the first few drops that signal the impending tide. In time, you’ll hear the rush of a mighty river sweeping through the musical landscape – a tributary that will forge its own path to the greater ocean of heartfelt, organic and sincere music so many are craving. Keep your ears attuned to the sound of Oklahoma Rain.

”I can't remember the last time I heard a new vocalist who impressed me so completely as Tucker. She has a beautiful, soulful voice, and her original songs are honest and innocent personal expressions backed by languid arrangements and skilled playing.”

During her brief career, Nashville jazz singer Dara Tucker has managed to catch the ear of some of the most significant figures in jazz.

“Dara Tucker is an amazing vocalist. She is brilliant.” – Cassandra Wilson

”I can't remember the last time I heard a new vocalist who impressed me so completely as Tucker. She has a beautiful, soulful voice, and her original songs are honest and innocent personal expressions backed by languid arrangements and skilled playing.”

During her brief career, Nashville jazz singer Dara Tucker has managed to catch the ear of some of the most significant figures in jazz.

“Dara Tucker is an amazing vocalist. She is brilliant.” – Cassandra Wilson

“Dara reminds me of many of the great singers in that she's able to try different material and her sound always comes through. She makes the listeners feel her soul.” — Dr. Lonnie Smith

“Dara Tucker is a vocalist who blends the soulful creaminess of Nancy Wilson with the sass ’n’ grit of Dinah Washington.” – Christopher Loudon (JazzTimes)

“Dara's voice is totally fresh. Her original songs are among my favorites, as they reveal more to me about who she is as an artist, and a person. Simply beautiful!” — Bennie Maupin

“Dara pulls from a diverse set of influences, but she knows that soul is the common denominator. Dara has a very distinctive voice —-she values melody and is always committed to the rhythm.” – Charlie Hunter

“Dara Tucker is both a stunning vocalist and consummate musician. She authentically weaves her personal story and experiences into her work to create music that is distinctive, soulful, and groovin' - her voice soars. World — say hello to Dara Tucker!” – Helen Sung

“I've known Johnny for years, but this is the first time I've heard Dara. I listened to the clip with great interest. Dara has the ability to attract not only the ear but the deepest grotto of hearts. That will take her a long way, perhaps the entire journey as she gives the future, with it's indistinguishable face, a face of her own creative making. As time unashamedly disrobes revealing all — I'll be listening.” – Benny Golson

“Vocalist Dara Tucker has a rich, emphatic voice that is instantly recognizable and memorable. She is also a technical marvel, gifted with great range, fabulous delivery and the ability to tell stories in such a manner that she can make the most venerable numbers sound fresh and invigorating.” – Ron Wynn (All Music Guide/Nashville Arts Magazine) 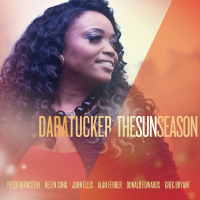 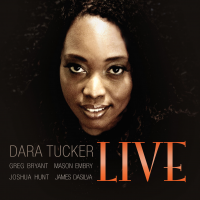 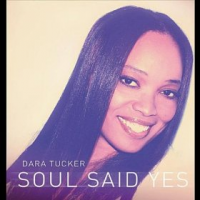 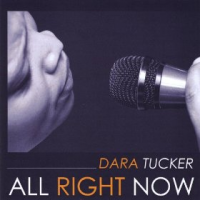 From: The Sun Season
By Dara Tucker

Time is On Our Side

From: The Sun Season
By Dara Tucker

All About Jazz musician pages are maintained by musicians, publicists and trusted members like you. Interested? Tell us why you would like to improve the Teddy Presberg musician page.