Director of the Jazz Composers Alliance, helped to found the organization after being impressed by the success of other composers collective groups. Originally from Topeka, Kansas, Katz has lived in the Boston area since 1975.

Katz has synthesized a wide range of influences including modern classical, folk/blues traditions, and the entire jazz legacy into a mature and personal compositional style which has marked him as “one of Boston's most ambitious and provocative jazz composers” (the Boston Phoenix). This is exemplified, for instance, in his “Variations On A Theme By Jimi Hendrix, combined with his arrangement of “Manic Depression,” which been described as “celebrating the night that Jimi Hendrix and Igor Stravinsky got into a fight while having dinner at Duke Ellington's house.” More recently he has been exploring the relationship of text and music, in a series of collaborations with poet Paula Tatarunis, culminating in the release his improvisational cantata, The Death Of Simone Weil, which features vocalist Rebecca Shrimpton.

“There's an impressive variety of textures, colors, and rhythm in all of the JCA's collaborations, but it's never attempted anything like Katz's Simone Weil,” writes the Boston Phoenix's Jon Garelick, who picked the album as one of the top 10 releases of 2003, “This work is eerie and moving, and even swinging.” He appears regularly with the JCA Orchestra, the JCA Sax Quartet, and sometimes with his own group, The Darrell Katz Dreamland Orchestra.

Katz's music can be heard on the Jazz Composers Alliance Orchestra CD's, FLUX, which also feature Julius Hemphill and Sam Rivers, Dreamland, The Death Of Simone Weil, In Thru & Out and Celebration Of The Spirit. I 'm Me And You're Not, performed by The JCA Sax Quartet, vocalist Angel Gittens and poet Paula Tatarunis was released in 1999. His music can also be heard on Urban Objects by Kayle Brecher (Penchant Four Records) and Passion from The Wreckage, by Janet Planet (Stellar).

Darrell has received, The Massachusetts Artist Fellowship in composition, three Massachusetts Artist Fellowship finalist awards, a Jazz Fellowship Grant from the NEA, and grants from Meet The Composer, The Aaron Copland Fund, The New England Foundation For The Arts, the Artists Foundation, the National Association of Jazz Educators and 2 Readers Digest/ Margaret Jory copying grants. He's written over 50 pieces for jazz orchestra. Jazz performances have been by ensembles including the JCA Orchestra, The Darrell Katz Dreamland Orchestra, The Henry Threadgill Windstring Ensemble, The BMI Jazz Composers Workshop Orchestra, Orange Then Blue, Marimolin, Either Orchestra and True Colors. He's had chamber music performed by Marimolin, Ancora, and by the Studio for Electronic Music. College big bands at MIT, BU, Harvard, NEC, Berklee, Lawrence University, Eastman, McGill University, and others have his music in their books.

Darrell has a Masters of Music Degree From the New England Conservatory, and a BM from Berklee College of Music, where he been on the faculty since 1989. Show less 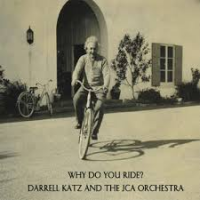 Why Do You Ride? 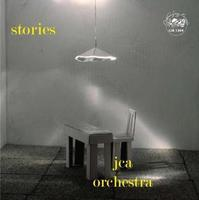 Jailhouse Doc With Holes in Her Socks

Darrell Katz
Jailhouse Doc With Holes In Her...

All About Jazz musician pages are maintained by musicians, publicists and trusted members like you. Interested? Tell us why you would like to improve the Darrell Katz musician page.