Born in South Korea 1986, Daseul Kim’s musical journey started thousands of miles away from his current New Jersey home. Already a well respected musician in his homeland, it was the call of jazz that led Daseul to the United States, where his is quickly gaining a reputation as one of the most promising young bassists on the New York scene.

Exposed early on to traditional Korean music, Daseul quickly gained attention when he was awarded the grand prize in Korea’s National Students Piano Contest at the tender age of six. However, it was not until his third year of high school, when he started to play bass guitar in the school’s band, that he knew he wanted to be a musician. The same talent that gained him national attention as a pianist was then poured into learning the art of the bass. He also began listening to jazz.

In Korea, he studied at the Jazz Arts School & Studies, and later Paekche Institute of the Arts, under renowned bassist Changhyun Kim (no relation), one of the greatest jazz bassists in South Korea. Still, after one year of college, he felt that it was important to study jazz in the country that it came to prominence in— the United States.

So, after he fulfilled his mandatory military duty, he entered William Paterson University in 2010, where he currently studies with legendary jazz musicians like Steve Laspina, Rufus Reid, Marcus McLaurine, James Wiedman, Harold Mabern, and Horace Arnold, among others. He has also shared the stage or opened for other greats like Mulgrew Miller, Kenny Barron, Nancy Morano, and the George Gee Jazz Orchestra.

Since coming to the USA, Kim has never looked back. He recently released his first recording as a leader, “Relationship”, which features an explosive trio with Oscar Williams (piano) and Ryan Palermo (drums). Joined on tracks by the phenomenal Vincent Herring, the group conjures images and sounds reminiscent of the incendiary John Coltrane Quartet. Count Basie Orchestra veteran Marcus McLaurine also steps in and provides the perfect contrast in an outstanding dual bass performance of Billy Strayhorn’s “Raincheck.” Show less 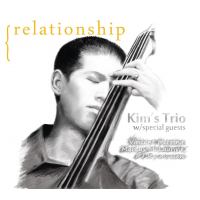 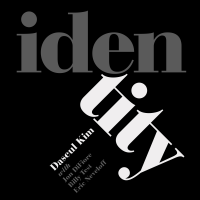 All About Jazz musician pages are maintained by musicians, publicists and trusted members like you. Interested? Tell us why you would like to improve the Daseul Kim musician page.