Tenor saxophonist Dave Ellis has long been a key figure in the fertile Northern California jazz scene. His story is a tapestry woven from myriad musical adventures. It begins with his days as a ten-year-old musical prodigy and opens on a new chapter with State of Mind, his debut recording for Milestone, featuring a sterling jazz veteran cast of pianist Mulgrew Miller, bassists Peter Washington and Christian McBride, drummers Carl Allen and Lewis Nash, and alto saxophonist Vincent Herring.

Along the way, Ellis was named Best New Talent (along with Diana Krall) in the 1997 Jazziz magazine Readers Poll. He scooped up two 1999 California Music Awards—for Outstanding Jazz Album and Outstanding Jazz Artist in Northern California, and jazz critics hailed his mature saxophone style for its “enveloping sound and emphatic attack” (Bob Blumenthal, Atlantic Monthly) and its “alternately earthy, probing, and lyrical” sound (Mike Joyce, Washington Post). As legendary record producer Orrin Keepnews writes in his liner notes to the first new Ellis recording in five years, “even on the shifting and difficult terrain of early 21st century jazz, a talent as formidable as his should and will be recognized.”

Keepnews, who has worked with many of the all-time tenor greats, including Coleman Hawkins, Sonny Rollins, Joe Henderson, and John Coltrane, served as both producer and mentor for Ellis on State of Mind. “What he has done for me in this period of my life, the encouragement and the affirmation he has given me, are the kinds of things I'll be talking about when I'm old,” Ellis says. “To have the experience of doing a record with Orrin Keepnews—in New York City, with these heavyweight hitters at the top of their craft—I just feel really fortunate.”

For Ellis, the lucky streak began with growing up in the Bay Area's multicultural environment, where he could listen to all kinds of music, including funk, R&B, and rock, while learning to play jazz in the renowned Berkeley schools music programs. He was already a precocious player by the time he got to high school and came under the tutelage of jazz ensemble director Phil Hardymon and his successor, Charles Hamilton. Among the players to come out of that milieu have been saxophonists Craig Handy and Peter Apfelbaum, trumpeter Steven Bernstein, and pianist Benny Green. Graduating in 1985, one year ahead of future star Joshua Redman, Ellis moved on to the Berklee College of Music, where he focused on his composing and arranging skills on all sorts of instruments, in all sorts of styles, and graduated with a degree in music production and engineering. At school and in the rich performing scene around the Boston/Cambridge area, his peers included such leading lights of new-generation jazz as Roy Hargrove, Antonio Hart, Mark Turner, Kenny Brooks, Donny Mcaslin, Seamus Blake, and Chris Cheek.

Upon returning to the Bay Area in 1992, Ellis became a pioneer in the region's nascent “new jazz” movement, teaming up with eight-string guitarist Charlie Hunter and drummer Jay Lane to form the immensely popular Charlie Hunter Trio. After recording for Les Claypool's Prawn Song label, the trio signed to Blue Note, which brought national attention to the new sounds taking shape in such neighborhood venues as the Elbo Room and the Up & Down Club. Three albums with Hunter and two with Bay Area flugelhornist Dmitri Matheny prepared Ellis to record his first album as leader, 1996's Raven, for Monarch Records, and its 1998 follow-up, In the Long Run. The latter was produced by Keepnews, with whom Ellis had connected during the sessions for Matheny's Penumbra: The Moon Sessions.

While establishing his solo recording career, Ellis was playing live for tens of thousands of Deadheads in arenas and stadiums around the country. He could write a book about his road travels with Bob Weir's Ratdog, Phil Lesh and Friends, and the Other Ones—sharing the stage with Bonnie Raitt and Rickie Lee Jones, sitting in with the Black Crowes, performing at Bill Clinton's 1996 inaugural ball—but what Ellis valued most from the experience was playing alongside smart and inspirational musicians like pianist/singer Bruce Hornsby, and continuing to cultivate what he calls an aesthetic of “democracy with leadership.” That notion was crucial to the musical coherence of the Charlie Hunter Trio, he says, and it continues to shape his approach to music today.

On State of Mind, Ellis had the chance to explore the alchemy of group dynamics in two different alignments. Miller lent his powerful piano style to both sessions, but Keepnews recruited two different bass-and-drums pairings: Washington and Allen played on the five tracks recorded in New York City, with altoist Herring sitting in on three; McBride and Nash took over for the Fantasy Studios date in Berkeley. Ellis and Keepnews put their heads together to select the material, which ranges from two Ellis compositions and a Miller original to Charlie Parker's “Barbados,” the Ellington-Strayhorn gem “Something to Live For,” Horace Silver's “Peace,” Clint Houston's “Sunshowers” (which the saxophonist learned from Woody Shaw's 1978 LP, Rosewood), John Coltrane's “Grand Central,” and a novel arrangement of “Summertime,” which Ellis's former teacher, saxophonist Noel Jewkes, devised and recorded as “Winterlude” in 1978.

“I wanted to do things that were challenging and hadn't been heard all that much,” Ellis says. “I like songs—tunes that can be played on a kazoo or by an orchestra and remain intact. And in approaching an album, I like to think I'm good at constructing an entity, something you want to listen to from start to finish. I'm very proud of this record in that regard.”

Indeed, Ellis's talent for musical architecture informs every aspect of his playing. Los Angeles Times jazz critic Don Heckman, reviewing a live Ellis performance, praised the saxophonist's “ability to build solos out of attractive melody fragments,” as well as the way “he carved out phrases that were as melodically compelling as they were rhythmically propulsive.”

“I have a voice on the saxophone and I think it's distinctive,” Ellis grants, while acknowledging the influence of Rollins, Coltrane, Henderson, Dexter Gordon, Bob Mintzer, and Michael Brecker. “But I have not honed it nearly to the extent I'd like to. Until I made this album, I think my voice probably came through at its truest on those Charlie Hunter Trio records, which represented the best of what a group effort can be. I think I'm just now discovering what my musical voice really is.” In both its magical ensemble chemistry and the riveting saxophone solos of its leader, State of Mind showcases a musician who has taken his artistry to a new level, a lofty plateau from which Dave Ellis can look forward to unexplored frontiers of extraordinary promise. Show less 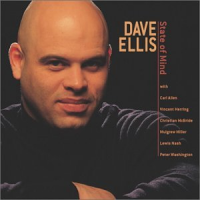 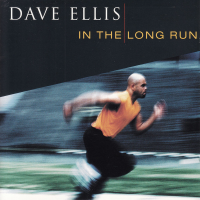 In The Long Run

All About Jazz musician pages are maintained by musicians, publicists and trusted members like you. Interested? Tell us why you would like to improve the Dave Ellis musician page.