Dave Rempis was born in Wellesley, Massachusetts on March 24th, 1975. He began his musical studies at the age of 8, inspired by a family friend who played clarinet in local Greek bands, and by Zoot, of the Muppets Band, to pick up saxophone. During high school he performed in his town, district, and all-state bands and wind ensembles, as well as in a jazz combo at a local music school.

In 1993, Rempis began a degree in classical saxophone at Northwestern University with Frederick Hemke. Finding this environment stifling, Rempis quickly ditched the music degree to pursue studies in anthropology and ethnomusicology. As part of these studies, he spent a year at the International Centre for African Music and Dance at the University of Ghana, Legon, studying African music and ethnomusicology. He also continued to perform with many different types of groups, ranging from highlife and reggae bands while in Ghana, to jazz, free jazz, funk, and contemporary music ensembles at home. He graduated from Northwestern in 1997.

Upon graduating, Rempis decided to focus on performing, and in March of 1998 at the age of 22 was asked to replace veteran saxophonist Mars Williams in the well-known Chicago jazz outfit The Vandermark Five. This opportunity catapulted him to notoriety as he began to tour regularly throughout the US and Europe playing clubs, concert halls, and festivals on both continents.

During his tenure with The Vandermark Five, Rempis also began to develop the many Chicago-based groups for which he’s currently known, including The Rempis Percussion Quartet, The Engines, Ballister, Wheelhouse, The Rempis/Rosaly Duo, and The Rempis/Daisy Duo. Past working groups include Triage, and the Dave Rempis Quartet. Many of these groups have been documented on the Okkadisk, 482 Music, Not Two, Clean Feed, Solitaire, and Utech record labels. Rempis also performs and tours with Ken Vandermark’s Territory Band and Resonance Ensemble, and The Ingebrigt Haker-Flaten Quintet/Sextet. Past collaborations have included performances with Paul Lytton, Axel Dörner, Peter Brötzmann, Hamid Drake, Steve Swell, John Tchicai, Roscoe Mitchell, Fred Anderson, Kevin Drumm, Paal Nilssen-Love, Nels Cline, Tony Buck, and Joe McPhee. Rempis has been named several times in the annual Downbeat Critics’s Poll as a “rising star” on alto saxophone, and as a “rising star” and “established talent” on baritone saxophone.

Aside from performing, Rempis is also active as a presenter. From 2002 – 2005, he curated a weekly Thursday-night concert series in conjunction with the Elastic Arts Foundation at their “3030″ performance space in Humboldt Park. In the spring of 2006, he moved the series to EAF’s new Logan Square space, Elastic, where it continues today. The series has featured over 500 concerts by some of the best improvisers from around the world, while maintaining a focus on up-and-coming local musicians. In late 2005, Rempis helped form the presenters’ collective Umbrella Music, working with musicians and presenters from around Chicago to provide better playing opportunities for creative and improvising musicians. As part of this group, he helps to organize the annual Umbrella Music Festival, and was the lead organizer of the Downtown Sound Gallery concert series at Gallery 37 For the Arts in 2006 and 2007.

Rempis is also one of the main organizers of the indie-rock Pitchfork Music Festival, a 60,000-person event which takes place in Chicago’s Union Park every July. Show less

Available Today: The Dave Rempis Quartet's Out of Season (482 Music) 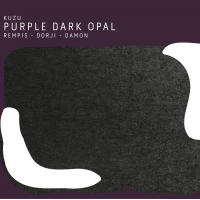 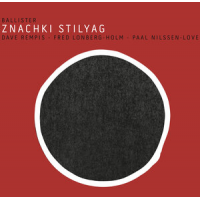 All About Jazz musician pages are maintained by musicians, publicists and trusted members like you. Interested? Tell us why you would like to improve the Dave Rempis musician page.