David Ambrosio is one of New York City’s finest freelance musicians and educators for the past 20 years. He is the co-leader of two collaborative bands, Grupo Los Santos and 40Twenty, as well as being a part of many groups including George Schuller’s Circle Wide, the Matt Renzi Trio, Eri Yamamoto Trio and the BMI/New York Jazz Orchestra led by Jim McNeely. He has also performed with such jazz greats as pianist Kenny Werner, Terry Gibbs, Buddy DeFranco, George Garzone, Joseph Jarmon and Ralph Alessi. David recently released his second recording as leader entitled “MOMENTS IN TIME“ available on the SteepleChase Label. With degrees in Classical composition and Jazz performance, David has a broad musical palate that has become intensified by some unique travel experiences. In 2001 he had the opportunity to perform in Cuba with Grupo Los Santos, Max Pollack’s Rumbatap and local Afro/Cuban folkloric music and dance ensembles. Soon after that he began what has become an 12-year period of intense study of Afro/Cuban Bata drumming with master drummers Miguel Bernal, Carlos Gomez and Carlos Aldama. He has frequently toured in Central and South East Asia on behalf of the US State Department as a performer and clinician. David is currently on faculty of both the New York Jazz Academy and the Queens College Center for Preparatory Studies in Music.

“Ambrosio has sensitivity to dynamic concerns and an ability to react instantly”- Chris Kelsey, Jazz Times

Read more articles
”Ambrosio possesses an unerring sense of groove that's similar to Holland's (Dave)...” - John Kelman, All About Jazz “Dave Ambrosio is a wealth of musical inventiveness in both technique and note selection” - Chris Imrie, The Guelph Mercury ”Ambrosio has sensitivity to dynamic concerns and an ability to react instantly” - Chris Kelsey, Jazz Times ”Ambrosio stretches and bends like a rubber man”.... - Rex Butters, All About Jazz (Chicago) ”This bassist is a powerful melodist who refuses to reside in the back of an ensemble by the sheer strength of his full-frontal polyrhythmic attack” - Raul Da Gama, Latin Jazz Network ”Bassist David Ambrosio once again demonstrates his keen melodic sensibility and propensity for surefooted commentary” - John Sharpe, New York City Jazz Record 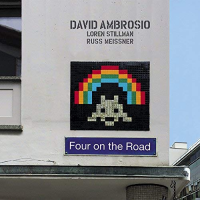 Four On The Road 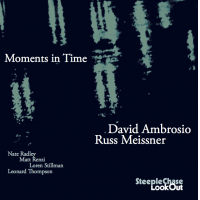 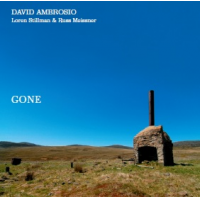 All About Jazz musician pages are maintained by musicians, publicists and trusted members like you. Interested? Tell us why you would like to improve the David Ambrosio musician page.