Jazz composer, arranger and conductor David Berger is recognized internationally as a leading authority on the music of Duke Ellington and the Swing Era. Conductor and arranger for the Lincoln Center Jazz Orchestra from its inception in 1988 through 1994, Berger has transcribed more than 700 full scores of classic recordings including nearly 500 works by Duke Ellington and Billy Strayhorn.

In 1996 Berger collaborated with choreographer Donald Byrd to create the Harlem Nutcracker, a full-length 2-hour dance piece that expands the Tchaikovsky/Ellington/Strayhorn score into an American classic. The 15-piece band assembled to play this show has stayed together and continues to play Mr. Berger’s music throughout the United States and Europe. The Sultans of Swing have just released their third CD.

David Berger's jazz compositions and arrangements and transcriptions are played by hundreds of bands every day all over the world. A seven-time recipient of National Endowment for the Arts fellowships, Berger resides in New York City where he teaches at the Juilliard School.

David Berger & the Sultans of Swing Announce 2008 Dates at Birdland!

Jon & Aria Hendricks to appear with David Berger & The Sultans of Swing...

David Berger on WNYC's Soundcheck Today, and at Birdland Every Tuesday

David Berger celebrates the reissue of The Harlem Nutcracker at... 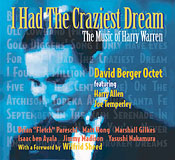 I Had The Craziest... 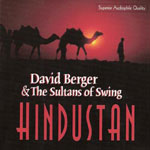 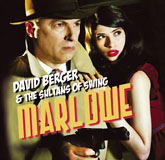 All About Jazz musician pages are maintained by musicians, publicists and trusted members like you. Interested? Tell us why you would like to improve the David Berger musician page.