It’s a good time to be David Crosby. The two-time Rock & Roll Hall of Fame inductee is experiencing an unprecedented surge not only in prolificacy, but in creativity.

Sky Trails, his third album of original material in four years, takes the fearless folk rock legend in a new musical direction as the set tilts toward a full band sound with deep, soulful grooves. “It’s a natural thing for me,” says Crosby, who joyously embraced the challenge of the shifting song structures. “I’ve always felt more comfortable there. There’s complexity, intricacy and subtleties in the music. I like that stuff.”

The album opens with the intoxicating “She’s Got To Be Somewhere,” –Crosby and a nine-piece band premiered the track via the Tonight Show earlier this year - which sounds like a lost Steely Dan cut complete with sturdy horns, bending guitar notes and lilting melodies. “We didn’t consciously do that,” Crosby says. “We just naturally go to a place where Donald [Fagen] goes. I loved Steely Dan right from the first notes I heard.”

“We” is Crosby and the Sky Trails musicians, the core of whom are saxophonist Steve Tavaglione, bassist Mai Agan, drummer Steve DiStanislao, and Crosby’s son, multi-instrumentalist James Raymond, who also produced the album.

Sky Trails follows last year’s critically acclaimed Lighthouse – which received praise from outlets including Rolling Stone, Stereogum and NPR Music - which was preceded by 2014’s Croz, Crosby’s first solo album in 20 years. Though Crosby wrote many of the songs for Sky Trails as he was working on Lighthouse, the two are distinctly different projects. “Lighthouse was conspicuously and deliberately acoustic,” Crosby says. “Sky Trails was intended to be a full band record from the start.”

Crosby found himself reinvigorated by the stellar musicians with which he’s surrounded himself. “All the people in the Sky Trails band are much younger than me, so I have to paddle faster to keep up,” he says with a laugh.

His delight in working with his son, whom Crosby met when Raymond was 30 after being given up for adoption, is palpable. “The relationship that’s developed with my son is absolutely uncanny and wonderful,” he says.

Crosby co-wrote four of the album’s 10 songs with Raymond. “He’s probably the person I write best with,” Crosby says. “We often write over the internet. I’ll send him a scrap of words and then we’ll expand on it or I’ll send him a complete set of words and he’ll say, ‘please let me see what I can come up with’ and he’ll send me back a demo of what he thinks the music should be.”

He also praises Raymond for his inventive studio wizardry, especially on “Curved Air,” where Raymond’s keyboards create the vibrant flamenco guitar sound that serves as the song’s foundation. “Hell no, I can’t play like that,” Crosby laughs when asked if he’s playing guitar on the track that examines life’s contradictions. “It’s James on keyboard. So is the bass. It’s the only time I’ve ever heard anybody write singer/songwriter music with flamenco playing.”

Crosby and Raymond recorded some of the songs at Raymond’s home studio and then moved to Jackson Browne’s Groove Masters studio in Santa Monica for tunes that feature the full band.

In addition to the opener and “Curved Air,” standout tracks include “Before Tomorrow Falls On Love,” a spare, romantic piano ballad Crosby co-wrote with Michael McDonald, that reveals Crosby to be quite the tender jazz crooner. “For God’s sake, don’t tell anybody I can croon,” he says with a sharp laugh. “It was the nature of the song.” He and Becca Stevens bring a sweet, ethereal gentleness to the title track, as their voices weave around Tavaglione’s soprano sax. “She’s a stunning, amazing singer and a great writer,” Crosby says of Stevens, with whom he co-wrote the track. “I’d rather be in a band with her than almost anybody.”

Though he offers abundant praise for his bandmates, as writer/co-writer of eight of the tracks, Crosby deserves the credit for the album’s wide-ranging, incisive lyrics that examine the human condition, from our frailty on “Here It’s Almost Sunset” to our greed on the searing “Capitol.”

Yet, anchored by Crosby’s instantly recognizable iconic vocals, which are by turns biting and soulful, the album holds together remarkably well as a cohesive statement about our humanity.

The album’s lone cover is a stirring version of “Amelia,” a tune written by Crosby’s longtime friend Joni Mitchell and featured on her own jazz-based seminal work, 1976’s Hejira. “I’ve always loved how Joni wrote about her love life and Amelia Earhart’s life at the same time,” Crosby says. “It’s just exquisite writing.”

Sky Trails closes with the shimmering, finely textured “Home Free.” While the song works beautifully as a stand-alone track, Crosby wrote it for Little Pink House, a feature film based on the true story of a Connecticut woman, Susette Kelo. After remodeling her beloved small home, Kelo was evicted when the government seized her land via eminent domain for a Pfizer plant that, ultimately, was never built. She took her case to the Supreme Court and lost. Crosby’s friend, Jeff Benedict, wrote a book about the case and when the book was turned into a film, asked Crosby to contribute a song. His vulnerable, exposed vocals are a fitting benediction.

In Crosby’s unparalleled six-decade career, the native Californian has created songs that resonate as indelible cultural touchstones for more than three generations, not only as a solo artist, but as a founding member of The Byrds in the mid-60s, Crosby, Stills & Nash (recipients of the Grammy for best new artist in 1969), and Crosby, Stills, Nash & Young. He’s collaborated with dozens of artists, including Joni Mitchell, James Taylor, Pink Floyd’s David Gilmour, Phil Collins, Elton John and Carole King.

The folk rock pioneer, who was inducted into the prestigious Songwriters Hall of Fame in 2009, has also served as our social conscience, not only eloquently writing about societal issues on such songs as “Almost Cut My Hair” and “Wooden Ships,” but continuously donating concert proceeds to likeminded causes. His towering influence and brilliant ability to capture the spirit of our times in his music remains undiminished.

The good news is that at 75, Crosby remains as engaged and energized as ever, with no end in sight. The creative floodgates that opened a few years ago continue to flow and Crosby delights that the songs are still pouring forth. He doesn’t think too hard about why the muse has alighted upon him at this late stage in his career, but offers up that perhaps once CS&N ended, “there was a lot of pent-up creative juice. It’s as if I’d been in a dark room and someone turned on the lights,” he says. “I don’t want to take it for granted, but it’s been absolutely amazing.” Show less 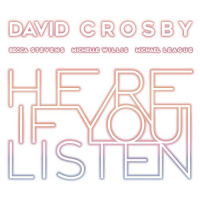 Here If You Listen 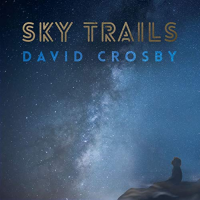 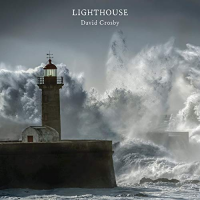 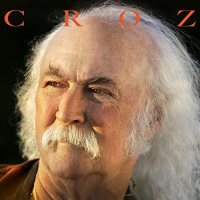 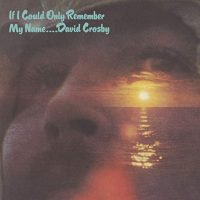 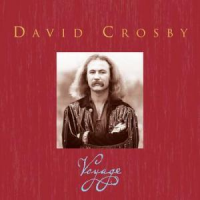 All About Jazz musician pages are maintained by musicians, publicists and trusted members like you. Interested? Tell us why you would like to improve the David Crosby musician page.