David has been playing guitar since he was 8 but it became a serious concern when, in his teens he started going to gigs at Glasgow's legendary venue The Apollo in the early eighties witnessing guitar hero's galore including Alex Lifeson, Angus Young, and Andy Summers.

David has consumed all things guitar ever since including the Jazz genius of Martin Taylor and Pat Metheny and effects influenced players such as The Edge and Charlie Burchill of Simple Minds and the acoustic work of Tommy Emmanuel and Acoustic Alchemy.

Having exhausted all possibilities in various bands he returned to his home studio and gained a degree in Media Music Composition recognized by the Film Music Institute of Los Angeles.

David has just completed his debut album of guitar instrumentals encompassing some smooth jazz grooves with a hint of fusion and just for the hell of it the occasional big rock solo to !

The album, “ Strangely Familiar “ is now available from the very fine people of CD Baby - or the equaly fine people of iTunes - please click on the links below. David's own site www.davidkingmusic.net is now live.

The Bad Plus' David King Interviewed at AAJ

I've Been Ringing You 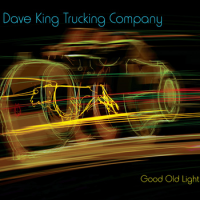 All About Jazz musician pages are maintained by musicians, publicists and trusted members like you. Interested? Tell us why you would like to improve the David King musician page.