David Mott is a baritone saxophonist and composer. He is well known as a solo virtuoso and he has developed many extended techniques for the baritone. A graduate of Berklee College of Music and the Yale University School of Music, he has performed with many notable musicians and ensembles including Gil Evans, Gerry Hemingway, Mark Dresser, Roswell Rudd, Jane Ira Bloom, Herb Pomeroy, Charlie Mariano, John LaPorta, Roddy Ellias, Mark Helias, Stevie Wonder, Ray Anderson, David Lopato, Anthony Davis, Kenny Wheeler, Pat Labarbera, Leo Wadada Smith, Robert Dick, Ernst Reijseger, Chelsea Bridge, John Geggie, I Musici de Montreal, Marilyn Lerner, Evan Parker, William Parker, Jerry Granelli, Michael Vlatkovich, Matt Brubeck, Carlo Actis Dato, Mike Cado Tentet, and the International Baritone Conspiracy. His compositions include 27 commissions out of 125 works and his music has represented Canada at the International Rostrum of Composers and received a CBC nomination for a Prix Italia. He has performed on CBC’s Jazz Beat and his music has frequently appeared on CBC’s Two New Hours. His recording, The Standard Line received a Juno nomination and he was the conductor of NOJO when it won a Juno in the Best Contemporary Jazz category. Jazz Report Magazine named him Jazz Baritone Saxophonist of the Year in 1995. He was a founding member of the improvising saxophone quartet 40 fingers and Erosonic, a duo with concert accordionist Joseph Petric

. His quintet, the DMQ, has toured Canada performing at jazz festivals. David Mott founded the York Jazz Orchestra at York University and many of his former students are notable musicians in Canada and the United States. He currently teaches contemporary and jazz composition at York Univ. where he also supervises composers pursing advanced degrees in composition. Show less 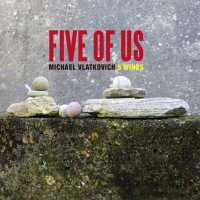 All About Jazz musician pages are maintained by musicians, publicists and trusted members like you. Interested? Tell us why you would like to improve the David Mott musician page.