David has been a full-time member of faculty at the Sydney Conservatorium of Music since 2006 where he is director of Australia's largest University big band program, and a lecturer in Music Business Skills, Improvisation, Ensemble and saxophone.

David has organised 6 national tours for the JMO and from Concert halls to jazz clubs, these touring performances have been met with critical acclaim and enthusiastic audiences, across Australia and New Zealand. David has produced 5 CD’s with the JMO, 4 of which were nominated as Australia jazz CD of the year. The JMO release with Kristin Berardi was awarded the Bell Award for Jazz CD of the year in 2011 as well as being nominated for ARIA for best jazz release in 2012.

David continues to be a tireless advocate for big band jazz in Australia demonstrated through his work with the JMO, as the current director of Big Bands at the Sydney Conservatorium Jazz Studies course, as convener of the National Big Band Composition Competition and as a former guest artist and current advisory board member of the Western Australian Youth Jazz Orchestra (WAYJO).

As a saxophonist, David has been a finalist in Australia's most prestigious Jazz Prizes including the 2002 National Jazz Awards, 2004 Freedman Fellowship, and a triple nominee for Bell Australian Jazz Ensemble of the year. David has performed concerts at all of Australia’s major jazz clubs and festivals (highlights include The Melbourne International Festival, Wangaratta Festival of Jazz, Brisbane Jazz Festival, Stonnington Jazz Festival, Jazz Now, Jazzgroove Summer Festival), and has performed concerts at many of Europe’s finest jazz clubs (highlights include The Copenhagen Jazzhouse, Stockholm’s Jazzclub Fasching, JazzClub Unterfahrt and the Brussels Jazz Marathon) with his quartet, “theak-tet”. Theak-tet released 3 critically acclaimed CDs before being disbanded in 2006. Their 2004 release ‘old school’ was nominated for Jazz CD of the year in 2005. As a composer, David has arranged and composed several tunes for the JMO with his work being featured on CD’s ‘Dream Wheel’ and ‘The mothership plays the music of Mike Nock’.

As a jazz protagonist, David was seminal in the formal development of the Jazzgroove Association, a Sydney based musicians collective that presents festivals, concerts and in 2004 founded Jazzgroove Records which has grown to contain a catalogue of over 100 CD releases of cutting edge, original Australian music. David continues to serve the community through his involvement with WAYJO, Jazzgroove, SIMA and as a mentor for scores of young musicians who are emerging nationally. Show less 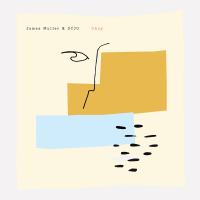 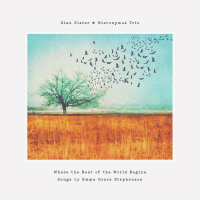 Where the Rest of the...

All About Jazz musician pages are maintained by musicians, publicists and trusted members like you. Interested? Tell us why you would like to improve the David Theak musician page.