Jazz singer David Tughan studied in the Guildhall School of Music and Drama in London. Singing Jazz for twenty years now, David has worked worldwide with the best and brightest of today’s Jazz musicians across the globe. David’s voice stays true to the spirit of the Jazz greats, with his own unique timbre and style. Old standards & new songs with a fresh delivery, spanning across various genres.

David Tughan was born and raised in Northern Ireland. He moved to London in 1994 to study at The Guildhall School of Music and Drama. His passion for Jazz began at 13 when he encountered the Count Basie Orchestra in Florida. Inspired by the swinging energy and joyful sounds of the big band, David began listening to many instrumentalists such as Oscar Peterson, Stan Getz and Stephane Grappelli and was strongly drawn to singers such as Nat ‘King’ Cole, Chet Baker and Mel Tormé. He began to sing in Jazz clubs in his early twenties, developing his “jazz chops”. At the end of his twenties, he made his first album,  “Just In Time”. This album was dubbed “CD of the week by the Guardian“(UK). David continued singing in jazz clubs and festivals throughout the UK and Ireland.  Then, it was time for his second album, “Builders’ Brew”, featuring the Jim Mullen Organ trio. His performances brought him to some of the great venues throughout London, the UK and beyond

. Places like Ronnie Scotts, The 606 club, The National Concert Hall Dublin, The Royal Garden Hotel, The Waldorf Hotel, The Dorchester, The Grand Hotel Brighton, The Soho Theatre, Pizza Express Jazz Club Soho, 59E 59th St Theatre NYC, New York, and last but not least, The International Jazz Festival in Kuala Lumpur.  Currently alongside his work with his own combo in clubs and festivals across the globe, David is singing with big bands such as the National Youth Jazz Orchestra (UK), the Skelton Skinner Allstar Big Band (UK), the RTE concert orchestra (Ireland) and Grammy award nominee John Wilson and his Orchestra (UK), famous for its contribution to Kevin Spacey’s film “Beyond The Sea” about the life of singer Bobby Darin. David was interviewed on the Russell Davies Show on BBC Radio 2 as well as receiving airplay on the Jonathan Ross show and on various BBC Radio stations   from the likes of Humphrey Lyttleton, Walter Love, Clare Martin, David Jacobs, Desmond Carrington, Helen Mayhew, Campbell Burnap and Jacqui Dankworth. David’s albums have been favourably reviewed in the Observer, The Times, Jazzwise, Jazz Journal, Jazz UK, Crescendo & Jazz Magazine, Musician Magazine, Jazz Rag, The Belfast Telegraph in the UK and in All About Jazz (USA & Worldwide). Show less

”David Tughan doesn't seem to be following in anyone's footsteps. It's rare to find originality of that kind in a singer at the beginning of their career and it points to an interesting future.”  Dave Gelly - The Observer 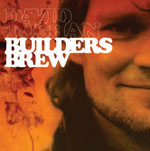 All About Jazz musician pages are maintained by musicians, publicists and trusted members like you. Interested? Tell us why you would like to improve the David Tughan musician page.