David Wheat played guitar with many big bands in the 1950's and performed with the Playboy Jazz All Stars in 1959. He recorded with “Chet Baker Trio” on “Embraceable You”, “My Funny Valentine” and “There's a Lull in My Life” in 1957. Baker's soft moody vocals (no trumpet) accompanied by only David on nylon string acoustical guitar with bassist Ross Savakus.

With lyricist Bill Loughborough, David wrote the jazz classic, “Better Than Anything”, going on to write the up beat jungle sounds of “Coo Coo U”, made popular by Manhattan Transfer.

Buckhweat, the nick name he went by, is most known as the stand-up bass accompanist with the original Kingston Trio, where he brought a sence of jazz to the popular folk groups sound in their early recordings, touring for years and worked on several albums. His remarkable feel drives the Dave Guard vocal on “Fast Freight” with only his moody bass line as backup, remenisant of his earlier work with Chet Baker.

Leaving in 1961 with the groups founder Dave Guard to form The Whiskeyhill Singers, recording and performing folk songs on the soundtrack to the MGM Cinerama epic “How The West Was Won” (1962).

Bud and Travis inclusion of David Wheat, or Buckwheat, as musical director and accompanist gave the duo wider musical horizons as Buckwheat was equally at ease with jazz guitar, string bass, and the arranger's manuscript. He was previously with the Jerome Richardson Quartet.

Following World War II, the Texas born Wheat settled in Sausalito California, amoungst the Beat generation of the time. Wheat came to embrace George Russell's Lydian Chromatic Concept of Tonal Organization for improvisation. David would sing intriguing scales while playing a guitar accompaniment based on the theory. He was becoming more a teacher and was mentor to the young Dave Guard in the trio. When asked if Buckwheat was a Beatnik?, Guard replied, “Not sure....but he knows where to get it!”

When it was time to identify the San Francisco Living Legends of Jazz for the official Fillmore Heritage Center ground breaking ceremony, David Buck Wheat was featured in the JHC Public Art Panels on the exterior of the Fillmore Heritage Center, along with his quartet mates: Jerome Richardson on sax, drummer Earl Watkins and Cedric Haywood on piano. 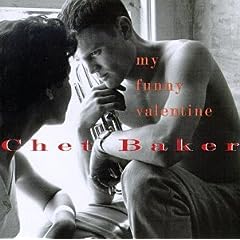 All About Jazz musician pages are maintained by musicians, publicists and trusted members like you. Interested? Tell us why you would like to improve the David Buck Wheat musician page.