Denise Grant was born in Memphis on May 27, 1950. Her father Matthew was a trumpeteer and teacher; he exposed young Denise to his love of jazz at an early age. The youngster enjoyed the many records her father played her, especially those of Ella Fitzgerald, Miles Davis and Cannonball Adderley. By the age of 16 she was in a vocal trio that specialized in R&B and rock cover versions. The family had relocated to Clinton, Michigan and naturally an audition with nearby Motown was inevitable. But the label turned her down, not for her lack of talent, but because of the groups’ young age. When Denise was 18 years old, she attended Michigan State University and joined saxophonist Andy Courtridge's group. Then in 1969, she transferred to the University of Illinois, where she was noticed by John Garvey, the University's Jazz Band Director who hired her for a tour. In 1970, Denise met and married Cecil Bridgewater. After their marriage they moved to New York so Cecil could play in Horace Silver's band. Around this time Denise became known as Dee Dee.

Dee Dee made her phenomenal New York debut in 1970 as the lead vocalist for the band led by Thad Jones and Mel Lewis, one of the premier jazz orchestras of the time. These New York years marked an early career in concerts and on recordings with such giants as Sonny Rollins, Dizzy Gillespie, Dexter Gordon, Max Roach and Roland Kirk, and rich experiences with Norman Connors, Stanley Clarke and Frank Foster’s “Loud Minority.”

She jumped at the chance in 1974, to act and sing on Broadway where her voice, beauty and stage presence won her great success and a Tony Award for her role as Glinda the Good Witch in The Wiz. This began a long line of awards and accolades as well as opportunities to work in Tokyo, Los Angeles, Paris and in London where she garnered the coveted “Laurence Olivier” Award nomination as Best Actress for her tour de force portrayal of jazz legend Billie Holiday in Stephen Stahl’s Lady Day. Performing the lead in equally demanding acting/singing roles as Sophisticated Ladies, Cosmopolitan Greetings, Black Ballad, Carmen Jazz and the musical Cabaret (the first black actress to star as Sally Bowles), she secured her reputation as a consummate entertainer.

In 1976 she landed her first recording contract with Atlantic Records. Her first release was simply entitled “Dee Dee Bridgewater.” “Just Family,” (’77 Elektra)was produced by Stanley Clarke and featured a lot of musicians who had jazz backgrounds, including Chick Corea, George Duke, Airto Moreira, and Bobby Lyle but this is an R&B album first and foremost. But once again Bridgewater had a difficult time finding an audience for this record. Here was this magnificent jazz voice and record label executives kept trying to push it into R&B and pop grooves, ironically no one knew how to market her. “Bad for Me,” (’79 Elektra) did generate some interest, largely because of the club play generated by the 12” single of the title track. But Elektra still tried to push her as a pop princess and a third album, 1980's “Dee Dee Bridgewater” fulfilled her contract and finished her off for the American market, at least for the time being.

Thoroughly disenchanted with the American music scene and in search of a broader acceptance Bridgewater moved to France in the early 1980's. She discovered Paris while touring there in “Sophisticated Ladies” and after high accolades she finally felt an acceptance she had not had in the U.S. She played the role of Billie Holiday in the show “Lady Day” in 1986, again earning rave reviews. In 1987, Bridgewater released her first album recorded in France. “Live in Paris,” her return to singing jazz. The French public loved this album, and it opened up new opportunities for Dee Dee in France.

Dee Dee appeared with Archie Shepp in “Black Ballad,” in ’91 and in ‘92, she released a live album titled “Live In Montreux.” Horace Silver, an old friend, contributed his talent and songs to the ‘94 offering of “Love and Peace: A Tribute to Horace Silver.” In 1997, Dee Dee released the album, “Dear Ella,” a tribute to Ella Fitzgerald, the album garnered a worldwide audience and 2 Grammy awards.

Dee Dee went French in a big way with her 2005 recording of “J’ai Deux Amours,” showing that a change of venue and language is just what her audience ordered. She did classy renditions of French flavored favorites, and transformed them into her own.

Her 2007 release of “Red Earth,” is her ode to Mali and Africa. Singing in the spirit that calls on her African ancestry and with reverence for jazz tradition at its best, Dee Dee exudes the artistic depth she is revered for around the world. Recorded in Mali and featuring some of its most respected artists, this ambitious concept recording explores Malian and other African jazz. An excellent endeavor!

For her latest recording, “Eleanora Fagan (1917-1959)”: To Billie With Love From Dee Dee, Bridgewater honors an iconic jazz figure, Billie Holiday, who died tragically at the age of 44 a half-century ago.

“This album is my way of paying my respect to a vocalist who made it possible for singers like me to carve out a career for ourselves,” says Bridgewater, who performed the role of Holiday in the triumphant theatrical production, Lady Day�”based on the singer’s autobiography, Lady Sings the Blues�”staged in Paris and London in 1986 and 1987. “I wanted Eleanora Fagan to be something different: more modern and a celebration, not a [recording] that goes dark and sullen and maudlin. I wanted the album to be joyful.”

Instead of playing it safe and recreating her performance in Lady Day, on “Eleanora Fagan,” Bridgewater reacquaints herself with Holiday, shining a new ray of love on the often-misunderstood jazz icon. “I wanted the record to be a collection that would not be like the music of the show,” she says. That philosophy is in keeping with Bridgewater’s approach to all of her projects: “I want to move forward, just as I’ve done with each of my albums. To not go backwards, but progress. Constantly.” Show less

Dee Dee Bridgewater To Star In Lady Day The Musical 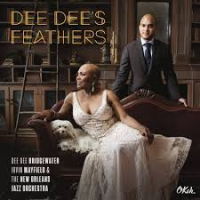 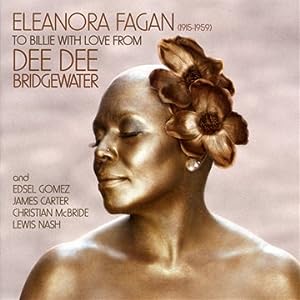 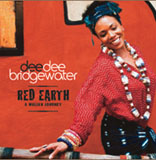 All About Jazz musician pages are maintained by musicians, publicists and trusted members like you. Interested? Tell us why you would like to improve the Carla Cook musician page.