Denise Perrier has built an international reputation performing in festivals, concert halls, jazz clubs, and other jazz venues around the world. Born in Louisiana and raised in the San Francisco Bay Area, she grew up among jazz greats.

In her early twenties, Louis Armstrong heard her singing at San Francisco’s Fairmont Hotel and hired her for his Las Vegas review. Ms. Perrier went on to tour Western Europe, Latin America, Scandinavia, Russia, and The Far East, performing in such major cities as Paris, Venice, Milan, Helsinki, Moscow, St Petersburg (she was the first non-classical artist to be invited to sing at the Hermitage), Rio de Janeiro, Tokyo, San Miguel de Allende, and Guadalajara. She is scheduled for a return engagement at San Miguel De Allende, Mexico, and a trip to Cuba in the near future.

In 2014 she performed her Dinah Washington tribute show “Unforgettable” at Dizzy’s Coco-Cola Club at Jazz at Lincoln Center, selling out all six shows. That same year, she appeared at SF Jazz as the headliner as well as featured guest artist. In 2011 she performed her “Bessie, Dinah and Me” show at The Hotel Nikko’s Rrazz Room (now Feinstein’s). She has appeared at the New Orleans Jazz and Heritage, Monterey, San Jose, Stanford, and San Miguel de Allende jazz festivals, among others.

In 1993 she was featured on Jack McDuff’s Grammy-nominated CD, “Color Me Blue.” In 1996 she co-produced “I Wanna Be Loved” with renowned saxophonist Houston Person, followed by live recordings: with Russia’s Novosibirsk Philharmonic Orchestra , “Live at Yoshi’s” and “The Second Time Around” (2007) with Houston Person at San Francisco’s Pearl’s Jazz Club. She has also produced “East Meets West” (2001) and has been featured on several big band compilations in the US, Japan and Russia. She is currently working on a new CD being produced by baritone sax and multi-reed man, Jerry Logas.

Whether performing in an intimate supper club like Feinstein's or a large venue like New York City’s Jazz at Lincoln Center, singing a haunting melody like Antonio Carlos Jobim’s “Dindi” or laying down a smoking version of Teddy Edwards’ “Don’t Touch Me,” Denise Perrier thrills audiences with her sultry contralto and emotional lyric interpretation. Show less 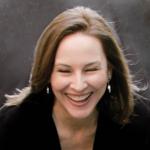 All About Jazz musician pages are maintained by musicians, publicists and trusted members like you. Interested? Tell us why you would like to improve the Denise Perrier musician page.