Dennis Day is a versatile vocalist whose albums, For Only You and All Things in Time, along with his singles Sunday Morning Sunshine and Wastin’ My Time, are widely available on download and streaming services.

Day is impressive in his ability to go from deep brooding ballads to joyful flamboyant up-tempo numbers pulling off each tune as effectively as the next. (Cathy Gruefelder, Jazz Improv)

What stands out most about the Harlem Based singer is his versatility. Day’s peasant baritone, with dollops of second tenor silkiness is as warm and inviting on ballads as it is on up-tempo tunes. (Herb Boyd, Amsterdam News)

Day’s early forays into professional recording included working as a demo singer for Columbia Screen Gems and Mercury Records on Nashville’s Music Row. One of his earliest recordings on the Poncello label, the song My Loss Your Gain, is included the award-winning CD compilation Music City Soul: From Nashville’s Black Cats and remains a best seller in the UK and Europe in the Northern Soul Genre.

While Day’s varied career continues to evolve, his shows and the musicians he chooses to perform with consistently please audiences in myriad venues. A Daily Argus quote from the founder of the PJS about an early New York performance continues to resonate: “Everyone who attended the concert was ecstatic, and Dennis was the catalyst, the one who put the concert together. It was thoroughly creative Bebop Jazz.” Show less

“Dennis day puts a contemporary twist on many jazz classics and standards in his CD “All Things in Time”. He covers many styles within the jazz idiom including bebop, ballads and the blues. A tremendously talented cast of musicians backs Day.” RadioIndy.com 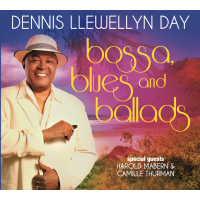 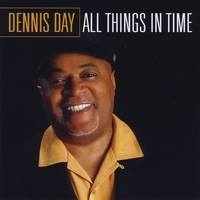 All Things in Time

All About Jazz musician pages are maintained by musicians, publicists and trusted members like you. Interested? Tell us why you would like to improve the Dennis llewellyn Day musician page.