Dennis Carl Wilson was an American rock and roll musician best known as a founding member and the drummer of The Beach Boys. He was a member of the group from its formation until his death in 1983, though he was often supplemented in the studio by session drummers, and on stage by a backup drummer.

Born in Hawthorne, California, the second son of Murry and Audree Wilson. He was only sixteen when the Beach Boys were formed; the group consisted of Wilson brothers Brian, Dennis, and Carl, cousin Mike Love, and friend Al Jardine. Handsome, rebellious Dennis, who was often the object of Murry's harsh temper, spent much of his life chasing girls and getting into trouble of one kind or another. His relationships with women tended to be passionate and tumultuous; he had just divorced his second wife before he and Christine McVie fell wildly for each other in 1979 while Fleetwood Mac was making the Tusk album.

DENNIS PLAYED THE DRUMS !!!!! There are reasons a kid is drawn to play the drums. The kind of guy Dennis Wilson was, he did more than revel in the primitive desire to beat things for a loud, clean noise; he pursued it to the tenth power! And there wasn't a better avenue than surfing music to live it out with ... I mean, listen to “Wipe Out” by the Surfaris sometime, then you'll get the picture. Dennis was well aware of Dick Dale, and surfed Haggerty's with Dick's top rival, Eddie Bertrand of Belairs/Eddie & the Showmen fame. At a Surfer Stomp in the early '60s, the dancing was like a primitive sabbatical rite. There was something “like a wild Indian” about it for sure. Dennis Wilson took to this spirit and added his appeal, his hair, his physique, his sway, his bravado, and his zest for living. He was a guy who was used to gettin' all sandy and salty from the surf on a daily basis, and that adds a devil-may- care elegance to your style for sure. He took this unassuming style to The T.A.M.I. Show in late 1964 and helped to make that the greatest filmed rock 'n' roll concert of all time. He also brought it to Shindig! and The Ed Sullivan Show.

Perhaps this and no other combination of players should legally bear the right to be known as “The Beach Boys.” Dennis' highly talented rhythm section partner (and brother), Brian, was overwhelmed with being responsible for songwriting, production, singing and performing everything that made the Beach Boys a viable artistic act. Therefore, he had to drop the least necessary element to coming up with fantastic records and quit “the road”. The Beach Boys would never be the frantic rock 'n' roll act they were with the three brothers hittin' it.

Had Dennis Wilson never written a single tune on his own, his importance to music history would have already been set in stone. Articulated by Billboard pop scribe Gene Sculatti, “as anthem and background score, the splash and pit blast of Surf 'n' Drag accompanied what was essentially the first in a series of solidified moves toward the building of authentic generation consciousness.”

However, there is a place for musical stretching and growth. As Brian's music became more complex and intricate, so did Dennis' drumming style on stage. By now, Dennis was no longer playing drums on the records, but it's as if he was translating, in live performance, the shifts and moods that Brian was layin' on the music world by sibling telepathy. More than the rest of the group, Dennis held Brian's feeling on stage in check, by exalting the cool that was feeding between himself and the master. With Carl's graceful voice keeping the singing together, the road version of the Beach Boys were able to please a more scrutinizing audience for the next 6 years, while Brian laid down everything from Pet Sounds and “Good Vibrations” to Friends and “Break Away” out in Hollywood.

In September of 1977 Dennis Wilson released what is still today, the best solo album ever released by a Beach Boy (yeah, sorry Brian) called Pacific Ocean Blue. After its initial release, the record was cut out in 1979 and while it appeared briefly on CD for a few months in 1991, it's been out of print ever since. The reissued album has 20 previously unreleased tracks including several songs that have never even been bootlegged like Dennis' version of “Only With You” (originally recorded by the Beach Boys for Holland), “Tug Of Love” (yanked off of the original album at the last minute in favor of “Farewell My Friend”) and “Holy Man” all newly mixed by John Hanlon who recorded many of the original sessions.

The first disc of Legacy Edition, the original album newly remastered 1st generation master tapes, which for whatever reason were not used for the '91 CD, and the 4 bonus tracks. Disc Two, Bambu (The Caribou Sessions), is a roundup of various tracks that Dennis recorded during his term as a solo artist for Jim Guercio's Caribou Records.

Bambu was to be the follow up album to Pacific Ocean Blue but was never completed. This is not what Dennis intended to be the finished Bambu album but a compilation of the best tracks he recorded during the POB/Bambu/Caribou period. The truth of the matter is that Dennis recorded constantly during this period and tracks that have been labeled as Bambu tracks over the years were started before and during Pacific Ocean Blue sessions. Who knows for sure what would have ended up on the final album but we do have the roadmap for where he was going.

A proper Dennis anthology in the future set would of include “Lady”, “Sound of Free”, “Forever”, “Little Bird”, “Be With Me”, “San Miguel”, “Cuddle Up”, “Be Still”, “Slip On Through” and so many more on 2 CD's at least. Jim Guercio produced the album release and really believed in Dennis as a talent in his own right outside of the shadow of his brothers and the Beach Boys. Show less

The Best Reissues of 2008: Dennis Wilson 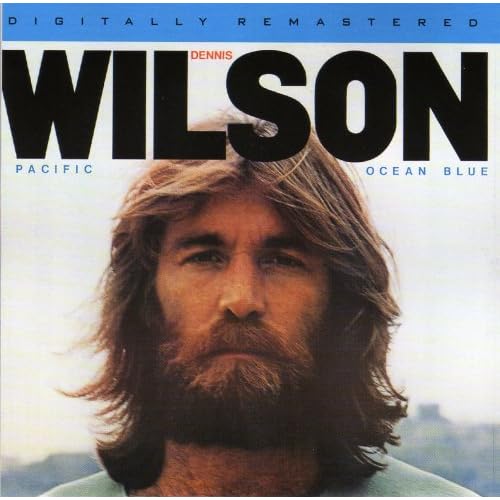 All About Jazz musician pages are maintained by musicians, publicists and trusted members like you. Interested? Tell us why you would like to improve the Dennis Wilson (Beach Boy) musician page.