Saxophonist Deon Yates is not new to the music scene, and for the last few years he has been gaining popularity worldwide as a solo performer. Since being named runner up in the 2009 Capital Jazz Challenge, in Maryland, Deon has continued to make strides in his music career. Being chosen as one of only 10 artist nationwide to be featured on the first U.S. Smooth Jazz compilation CD “Jazz Infusion Vol. 1”, released in 2010 and receiving endorsements from Sax Dakota brand Saxophones and Applied Microphone Technology Inc, Deon is on his way to establishing himself as a serious solo artist.

Deon grew up on the East Side of Detroit where he was introduced to jazz by teachers Donald Washington, founder of the cutting edge ensemble Bird-Trane-Sco-Now, and music educator Hosea Taylor, whom Deon credits as being his musical father. Deon quickly became an accomplished woodwind player proficient in both jazz and classical music. One of the first gigs Deon landed was with Jazz Drummer Leonard King (James Carter Organ Trio) ,at the age of sixteen, along with band mates Regina Carter: Violin and Rodney Whitaker: Bass.

Some of Deon's favorite career moments include being nominated for an Emmy Award for original music he produced for a PBS Television program in 2001, and performing as a special guest on concerts with Rick Braun, Richard Elliot, Alexander Zonjic, Rodney Whitaker, James Carter, Roy Brooks, Marcus Belgrave, Kem, Dwele, Clarence Carter, Kirk Whalum, The Floaters, The Contours and many others. Deon has toured nationally with the original number one Dave Matthews Tribute Band “The Tripping Billies” based out of Rochester, NY and seamlessly covered the style of Leroi Moore.

His current CD “In Time” is available on iTunes and Amazon.com it features a variety of moods and styles and offers a little something for everyone. Deon is currently in the studio working on a new project entitled “Spotlight” which will feature guest appearances from guitarist Tim Bowman and Trumpeter Lin Rountree and a few other surprise guests. This will also be the recording debut of Deon's new set of Dakota Brand Saxophones. Deon says that his Dakota Saxes have helped bring his sound to another level which means you can expect great things from Deon Yates in the near future. Be sure to look for him around town and abroad.

Read more articles
Deon Yates has an impressive history in the entertainment industry and is sure to deliver more great things straight from Detroit.

Deon is one of the few instrumentalists to master the circular breathing technique that allows him to hold one single note without stopping for longer than 5 minutes, it is a show stopper you must see and hear to believe. 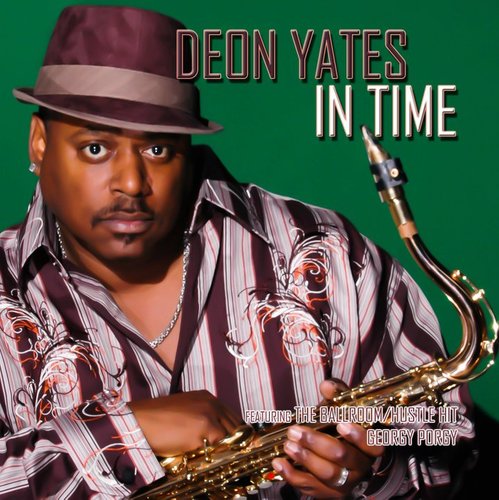 All About Jazz musician pages are maintained by musicians, publicists and trusted members like you. Interested? Tell us why you would like to improve the Deon Yates musician page.