Known for his musical versatility, bassist Dezron Douglas is one of the most in demand young bassists in jazz today. Composer, bandleader, sideman and educator, Dezron has established himself as a musician’s musician, respected not only for his talent but also for his dedication to the authenticity of the music.

Born and raised in Hartford, CT, Dezron grew up surrounded by music. His first musical influences weren’t actually jazz, even though he is the nephew of the legendary drummer and composer, Walter Bolden (Nancy Wilson). The sounds that filled his home were of Stevie Wonder, George Benson, Minnie Ripperton, Diana Ross, Gregory Isaacs, Peter Tosh, The Clark Sisters, Mahalia Jackson, Commissioned, and the list goes on. As he explains, “Jazz was always around, but not at my House”. He was influenced by the music, moved by the way sound expressed emotion. At the age of 12, he was determined to harness that ability.

With the encouragement of his mentor, the late saxophonist, composer, and educator Jackie Mclean, he enrolled in the Jackie McLean Institute of African American Music at the Hartt School of Music. Studying at Hartt offered him the opportunity to learn from and work with such notable jazz musicians such as Nat Reeves, Steve Davis, and of course Jackie McLean. Transcribing music into emotion was an effortless process for the young bassist. The years at Hartt helped Dezron to form his own technical approach to the bass, further developing his versatility. Natural talent combined with his ability to swing made Dezron one of the most sought after young bassists. While still in school he routinely performed with: Rene McLean, Steve Davis, Jimmy Greene, Alan Jay Palmer, Abraham Burton and Eric McPherson, Nita Zarif, and Montenia Shider.

While in college, he co-founded, The New Jazz Workshop of Hartford, a group of like-minded young musicians dedicated to preserving the heart of Jazz. The group offered him an opportunity to showcase his talents as a composer and bandleader. Still while in college, the group received The Evelyn Preston Grant and also had the privilege of opening for Slide Hampton. The group performed collectively across the Tri -State area and selectively with notable jazz musicians across the world. Their debut album “Underground” was released in July of 2012.

His talent for music is not limited to the stage, or the recording studio. As a teacher, he encourages his students to embody the music. Technique can be perfected with practice, but it is important that the student understand the emotion behind the music, and is able to replicate that in the song. Dezron has taught at The Artist collective in Hartford, and Martocchio Music in Simsbury. He also gives workshops at various institutions.

Dezron is currently a member of Louis Hayes Jazz Communicators, Ravi Coltrane Quartet, Papo Vazquez Mighty Pirates, and he is also a long standing member of The Cyrus Chestnut Trio amongst many other associations within the music scene. He has recorded four albums as a leader; two on the VENUS music label, one on the SMALLSLIVE label and one independent. Show less 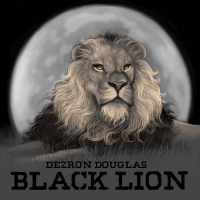 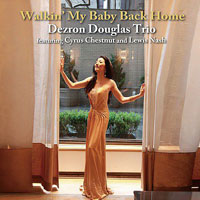 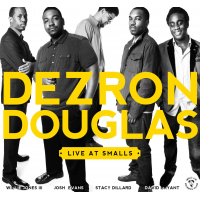 All About Jazz musician pages are maintained by musicians, publicists and trusted members like you. Interested? Tell us why you would like to improve the Dezron Douglas musician page.