A 17 piece big band formed for the purpose of developing and presenting new music. Beginning in January of 1997 with monthly concerts, the CBB features the music of nine resident composers as well as special guest composers and performers.

”You can always hear jazz big bands that play the classic repertoire, where the music has been. To hear where big band music is going, check out the Composers Big Band.” – George Kanzler – Star Ledger Newark NJ

Available for clinics on composition, improvisation and performance. 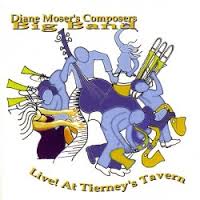 All About Jazz musician pages are maintained by musicians, publicists and trusted members like you. Interested? Tell us why you would like to improve the Diane Moser's Composers Big Band musician page.