Born and raised in the state of Iowa, Dick Oatts was brought up in a musical family. He was introduced to the saxophone by his father Jack Oatts, a respected jazz educator and saxophonist. After high school, Dick attended Drake University and in 1972 he began his professional career in Minneapolis/St. Paul.

Oatts is now a Steeplechase recording artist and has six CD's released as a leader. (All of Three, Standard Issue, Simone's Dance, Standard Issue vol. 2, South Paw, Gratitude). He also has a CD out on the RED label with bassist Dave Santoro entitled Meru. Dick has 3 CDs as a leader on the DMP label with pianist and a co-leader Garry Dial.

For 30 years, Mr. Oatts has appeared at college jazz festivals as a soloist and clinician throughout the United States, Europe, Asia, Canada, South America, and the Middle East. Oatts is a professor of Jazz Studies at the Boyer School of Music at Temple University and has been an artist-in-residence at the Amsterdam Conservatory since 1997.  Show less 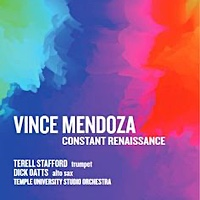 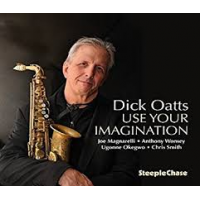 From: Balancing Act
By Dick Oatts

From: At This Time
By Dick Oatts

All About Jazz musician pages are maintained by musicians, publicists and trusted members like you. Interested? Tell us why you would like to improve the Dick Oatts musician page.