Charles Mitchell “Dolo” Coker was born in Hartford, Connecticut on November 16, 1927, raised in both Philadelphia and Florence, South Carolina. The first musical instruments Coker played in childhood were the C-melody and alto saxophones, learning them at a school in Camden, South Carolina. By the age of thirteen he was starting to play piano. Coker moved to Philadelphia, where he studied piano at the Landis School of Music and at Orenstein's Conservatory. Coker also played some shows on piano for Jimmy Heath while in Philadelphia.

He was also a member of the Frank Morgan Quartet (with Flip Greene on bass and Larance Marable on drums).

Coker did not record his own album as a leader until 1976, when he recorded his debut Dolo! with Blue Mitchell, Harold Land, Leroy Vinnegar and Frank Butler. That following day he recorded California Hard for Xanadu Records, with Art Pepper replacing Harold Land on sax. Following California Hard were Third Down and All Alone. He continued to work as a sideman for other artists until he died of cancer at the age of fifty-five on April 13, 1983.

Coker's nickname is sometimes misspelt “Dodo” in sleeve notes and books on jazz. 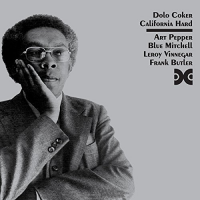 All About Jazz musician pages are maintained by musicians, publicists and trusted members like you. Interested? Tell us why you would like to improve the Dolo Coker musician page.