Don Cherry was born in Oklahoma City, OK in 1936 and raised in Los Angeles, where he first began to play the trumpet and later piano. According to Cherry, his upbringing had everything to do with his interest in music:

“Yeah, well I was fortunate to have such great parents…because they've always been around music. My Father was a bartender, and he was very much into the music of the swing period. That whole groove of music and ballrooms and dance and what it meant in the late 30's and up into the 40s. So I was raised around all that type of music. But what was happening after especially moving to Watts, what was happening in our neighborhood, there was musicians…Dexter Gordon, Wardell Grey, Sonny Criss, all these people that were from the neighborhood…and what was happening in rhythm and blues…”

Don cut his teeth on bebop, like most young musicians of his generation. In one of those historic moments that defy reason, Don met young saxophonist Ornette Coleman in a record store on 103rd Street, and was soon playing with Coleman's seminal quartet which also included bassist Charlie Haden and drummer Billy Higgins. The group cut the landmark album Something Else!!! , ushering in the new Free Jazz movement. The group recorded several other albums and free jazz became an established jazz innovation during the 1960s. Cherry worked with other artists, including John Coltrane, Archie Shepp, and Albert Ayler, who were all becoming instrumental in the greatest developments in jazz music since the birth of bebop.

By the dawn of the 70s, Cherry was touring Europe, Asia, and Africa regularly and becoming versed in the musical heritage of a variety of countries. He began learning to play many different instruments, including wooden flutes and the doussn'gouni, a kind of cross between a guitar and a sitar. It was at this time that Cherry began to play the Pakistani pocket trumpet, a miniature trumpet of approximately 8” in length. He began to play the instrument extensively, and it became his favorite. The tone was quite unusual, as was Cherry's facility to play a flurry of notes without appearing to break a sweat, a la Miles Davis. But his sound was a bit more refined, sweeter, and even more laid back than Davis' (!) partly because of his unusual choice of instrument.

Cherry began to incorporate influences from various ethnic musics into his own jazz work and created performances with his Swedish wife, Moki, that were not only musical but also visual. Much of what Cherry did in the 70s laid the groundwork for what has come to be known as “world music”. During the 1980s and 90s his stature as a figure in the world music movement grew, and he played and recorded prolifically. He formed a new quartet with Charlie Haden, Ed Blackwell (who had played with Ornette Coleman as well) and Dewey Redman. They revisited the work done by the original Coleman quartet and extended the concepts begun there. He also formed a trio, Codona, with Collin Walcott and Nana Vasconcelos.

Cherry is sometimes relegated to the “back burner” because his music moved so far from its bop origins and sometimes away from jazz itself. But only a handful of musicians have had the chance to impact jazz music as he did with the Ornette Coleman groups. In addition, he continued to influence music the world over and stretch boundaries in ways that have continued to influence newer jazz musicians who may be only vaguely aware of Cherry's work. Don Cherry died in 1995, and his son Eagle Eye and stepdaughter Neenah have become popular recording artists, no doubt nurtured and encouraged by the atmosphere of music that Cherry's own parents had passed on to him in the 1930s. 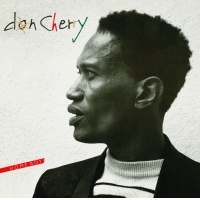 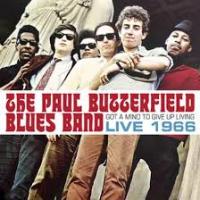 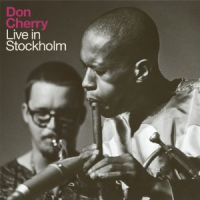 All About Jazz musician pages are maintained by musicians, publicists and trusted members like you. Interested? Tell us why you would like to improve the Don Cherry musician page.