Born and raised in the Welsh city of Cardiff, Donna was classically trained at the Welsh College of Music and Drama, majoring in flute and piano.

She first began performing in local bands to develop her singing and songwriting talents. By 1990, she was working solo (piano/vocal) in piano bars across Britain and Europe. She had also invested in her own home multi-track studio and produced a string of demos.

It was at the end of 1993 that this material came to the attention of Atlantic Records and so impressed Chairman Doug Morris that he flew her out to New York to meet her personally - and offered her a recording deal on the spot!

Her debut album - ‘Now in a Minute’ - was released in 1996 to universal acclaim. The first single - ‘I Love You Always Forever’ - became an instant global phenomenon, climbing to the top of the charts in countries around the world. In the USA, it re-wrote the record books at radio by exceeding 1 million ‘spins’ to claim its place in music industry history as the most-played single ever, at that time.

Her follow-up album ‘Blue Planet’ came out in 1998 and confirmed the arrival of a genuine new talent. It featured 2 more hit singles; ‘I Could Be The One’, which did well in Europe and ‘Love Him’, which went to the top of the Billboard Dance Charts in America.

To date, Donna has sold in excess of 2 million albums.

As well as on her own material, Donna’s voice has also been heard on a series of other hits. She featured on Fox Films’ soundtrack for ‘Anastasia’ - an album that was certified gold in the USA - with the song ‘At The Beginning’.

Donna Lewis photoBack at the start of 1999 Donna took some time out. She had worked without a break since the release of her first album in 1996 and it was finally time to start catching up with friends and family. But an unexpected call from producer Trevor Horn soon had her racing back into the studio. Donna and Trevor first worked together on her ‘At the Beginning’ duet with Richard Marx for the soundtrack of the animated movie ‘Anastasia’. This time, the project was for Trevor’s own band - ‘The Art of Noise’. Donna was invited to join the vocal ‘cast’- as a ‘dream singer’ on the track ‘I Dream in Colour’ - on a new conceptual work called ‘The Seduction of Claude Debussy’, based on the French composer’s music, life and times.

Towards the end of ‘99, Donna met the Italian producers ‘Souled Out’. One of the tracks cut in their Naples studio - ‘Take Me O’ - was the official No. 1 Club Breakout in Ibiza and across mainland Europe through the summer of 2000.

In 2001, Donna appeared on the ‘Utopia’ benefit album as part of a star-studded line-up that includes Aretha Franklin, Cyndi Lauper, Donna Summer and Bonnie Raitt.

Donna also collaborated with the high profile American Film Music writer David Torn, who was behind scores for the movies ‘Traffic’ and ‘The Heist’. The first demos from the project called ‘Chute’ were played in July and August ’01 and were among the top five most requested for three consecutive weeks on KCRW in Los Angeles.

Donna Lewis photoIn 2002 Donna made a newly recorded set of songs available to her fans exclusively through the web site. ‘Be Still’ was an album of intimate, unplugged, predominantly solo piano/vocal performances.

Donna retreated from the scene for a while to start a family, during this time she began work on a new record.

In 2008 Donna released her first full production album in 10 years, ‘In the Pink’. Donna supported the release with a promo trip to Europe, TV & radio promo in the USA and radio promo in South East Asia, where the single ‘Shout’ became a top 5 radio song in some territories. ‘Shout’ was also featured in an Irish Independent movie called 32A. Show less 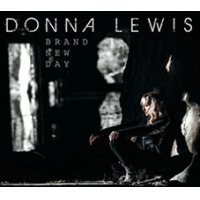 All About Jazz musician pages are maintained by musicians, publicists and trusted members like you. Interested? Tell us why you would like to improve the Donna Lewis musician page.