Preston was born into a family of musicians and began studying music at an early age. His father was the composer-in-residence for the Detroit Symphony Orchestra.

At 12 years old he was thrown out of school for hypnotizing several students and a nun. The nuns used to beat his hands with a big ruler when he made mistakes playing the piano. Because of this weird treatment he began to like strange and dissonant music.

Preston later did a stint in the army, serving in Trieste, Italy. Upon his return to Detroit during the early '50s, Preston associated with pianist Tommy Flanagan. He also sat in with Elvin Jones and others at the city's West End Cafe where Yusef Lateef conducted twice-a-week jam sessions with Milt Jackson's brother, bassist Ollie Jackson.

Preston moved to Los Angeles in 1957 where he hooked up with pianist Paul Bley, bassist Charlie Haden, and others who were hearing jazz in new ways.

Many will recognize Preston from his long collaboration with Frank Zappa as the keyboardist and one of the original members of the Mothers of Invention. Preston performed and recorded with Zappa until 1974.

He is a co-founder of the Grande Mothers and still active with the band, completing an extensive tour in Summer-Fall 2000.

Often compared to Cecil Taylor for his style of attacking the keys with intense passion, Preston’s solos also reflect intellect, technical skills and a storyteller's way with a line. His playing, like his compositions, ranges across panoramas of mood and emotion, all colored with the freedom that comes from possessing remarkable facility.

He also has scored more than 20 feature film scores and 14 plays. He's the winner of numerous awards, and has performed with the Los Angeles Philharmonic and London Philharmonic. Known to jazz and keyboard aficionados for his pioneering contributions in the use of synthesizers and piano, legendary clarinetist and composer John Carter dubbed Don Preston the “father of modern synthesis.”

Don Preston is no relation to the Don Preston who played lead guitar for Joe Cocker and Leon Russell in the 1970s, and who appeared with Russell at the Concert for Bangladesh. However, the former has admitted to accidentally receiving and unwittingly cashing a royalty check intended for the latter some years ago. Show less

The Don Preston Trio To Play Virtual Concert At The World Stage On July... 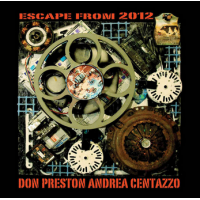 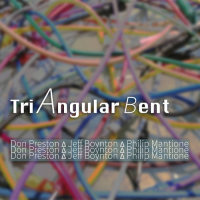 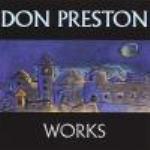 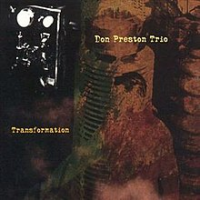 All About Jazz musician pages are maintained by musicians, publicists and trusted members like you. Interested? Tell us why you would like to improve the Don Preston musician page.