The music of gospel singer-songwritter Joyce “Dottie” Rambo is internationally reknowned for having simple melodies and articulate lyrical qualities. Her themes were often religious in nature dealing with topics such as Heaven, being a born-again Christian and the Christian sacrafice.

Dottie Rambo learn to play guitar as a child while listening to the Grand Ole Opry on the radio in Nashville. By the age of eight she was already writing her own songs and by the age of ten she was singing and playing country music on a local radio station.

At twelve she became a born-again Christian and made a commitment to compose and perform Christian music. Her father did not approve so she left home and formed a trio called “The Gospel Echoes”.

In 1950 Dottie Rambo was sixteen and met Buck Rambo who she shortly married. Throughout the 1960s she was starting to become more well known as she travelled internationally with Buck and their daughter Reba calling themselves “The Singing Rambos”.

Dottie Luttrell Rambo got her start in Southern Gospel by writing songs and performing at revivals. She was eight years old when she first became interested in writing songs. By the age of 12, she had left home to sing full time. Governor Jimmie Davis of Louisiana heard her music and signed her to a writing contract when she was still in her teens. She married Buck Rambo when she was 16, and their daughter Reba was born when Dottie was 18. Reba began performing with the group when she was three years old. As she grew older, the Rambos grew to be one of the most popular family trios in gospel music.

In addition to performing, Rambo continued to write. An extremely prolific songwriter, she has written more than 2500 songs. Her tunes have been recorded by dozens of secular artists and hundreds of gospel artists. Whitney Houston’s version of “I Go To The Rock” was included on the movie soundtrack for The Preacher’s Wife, which sold over two million units. Driven by Houston’s performance, the song also won a Dove Award in 1999.

Other popular songs by Rambo include “Tears Will Never Stain The Streets Of That City,” “He Looked Beyond My Faults” (to the tune of “Londonderry Aire” aka “Danny Boy”), “Too Much To Gain To Lose,” “If That Isn't Love,” and “We Shall Behold Him.”

Like her songs, Rambo’s awards are also numerous. She got her first Grammy in 1968 for a solo project called It’s The Soul Of Me. In 1994, she was named “Songwriter Of The Century” by the Christian Country Music Association. In 2001, ASCAP recognized Rambo with a Lifetime Achievement Award. Rambo is also a dual member of the GMA Hall Of Fame, having been inducted both as an individual and as part of the Rambo Trio.

As the years have passed by, Dottie Rambo has endured more than her share of pain and heartache. She suffers with chronic back trouble and has undergone 10 surgeries. At various times, her health problems have left her in comas. On the home front, Rambo’s marriage ultimately failed and the subsequent divorce from Buck Rambo was particularly painful. She has experienced a comeback of sorts in later years, though. Barbara Mandrell hosted a televised Tribute To Dottie Rambo in 2002. Then in 2003, Rambo released her first project in 18 years, Stand By The River, which included a duet with Dolly Parton on the title song.

Rambo died on May 11, 2008 as a result of injuries sustained in a bus accident along Interstate 44 just outside of Mount Vernon, Missouri. Rambo was en route to a Mother's Day show in Texas when the 1997 Prévost bus she was traveling in ran off the road, struck a guard rail and hit an embankment. Rambo was pronounced dead at the scene. The 2 a.m. accident was reported as possibly being weather related after severe storms had recently passed through the area.

She received numerous awards and other honors over the years and was inducted into the Gospel Music Hall of Fame on two occasions; once with The Rambos and once as a solo artist. In 1994 the Christian Country Music Association awarded her with the Songwriter of the Century Award. In 1999, she won a GMA Dove Award for “I Go To The Rock” which Whitney Houston performed in the Hollywood film, The Preacher's Wife. She was given the “ASCAP Lifetime Achievement Award” in 2000, and two “Christian Country Music Association” (CCMA) awards; the “Pioneer Award” in 2003, and in 2004, “Songwriter of the Year”. She was inducted into the Kentucky Music Hall of Fame in 2006. Her most recent CD, Stand By The River won two “Christian Music Fan Awards”, for “Song of The Year” and “Duo of The Year” (with Dolly Parton). Show less 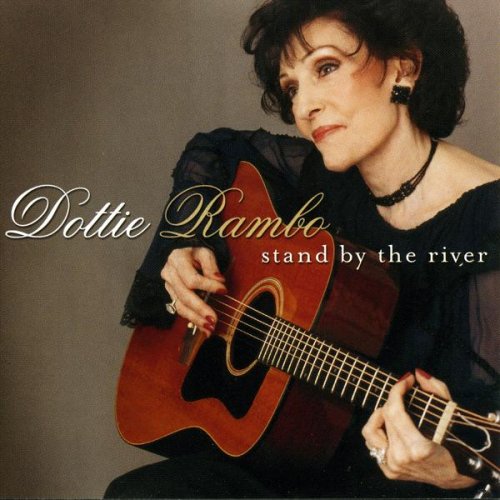 Stand By The River

All About Jazz musician pages are maintained by musicians, publicists and trusted members like you. Interested? Tell us why you would like to improve the Dottie Rambo musician page.