Listening to the third solo release from guitarist, singer, and songwriter Doug Wamble, it is hard to believe that the Tennessee-bred musician was ever a jazz purist. The ten original songs on Doug Wamble, plus a closing cover version of Fiona Apple's “I Know,” blend a bounty of soul, gospel, blues, R&B, country, pop, and folk inspirations into a deeply personal and original sound. But the Doug Wamble of 15 years ago might not have approved these eclectic manifestations of the musical muse.

“If my 22-year-old self heard this album, he'd have been horrified,”says Wamble, now 37 and living in the Bronx. “I was very dogmatic,” he recalls. “It had to be X, Y, and Z or it's not jazz. It's good to go through that. It really disciplined me and gave me so much drive, but it's not the way to live your whole life. I love a lot of music other than jazz. I'm a huge fan of Jeff Buckley, Elliott Smith, Wilco. I love what these great songwriters do. So this album is all about finding a way to present these songs I've been writing over the last couple of years.”

Produced by Lee Townsend, whose credits include Bill Frisell, John Scofield, Kelly Joe Phelps, Carrie Rodriguez, and Loudon Wainwright III, among many others, Doug Wamble features guest artists such as seven-string guitarist Charlie Hunter, singer/violinist Carrie Rodriguez, and trumpeter Steven Bernstein, among others. The core band carries over from Wamble's first two albums, featuring a trio of musicians that Wamble met during his jazz studies at the University of North Florida: Roy Dunlap, piano, organ, and keyboards; Jeff Hanley, acoustic and electric bass, percussion; and Peter Miles, drums and percussion.

Renown for his tasteful and expressive acoustic picking, Wamble demonstrates his virtuosity on electric and slide guitar, as well. “A lot of guys use it as an effect, but I love the inflection from the slide, it really speaks to me. I see it as being a different voice, “he says, citing Duke Ellington trombonist “Tricky” Sam Nanton, sacred steel masters Robert Randolph and Aubrey Ghent, rocker Derek Trucks, and experimentalist David Tronzo as influences.

But the focal points of the new album are clearly Wamble's versatile songwriting and his warm, soulful singing-talents that have gradually emerged over the past decade. Born in Clarksville, Tennessee, Wamble had been “moderately interested in being a classical musician,” as a clarinet player, while growing up in Memphis. But by the time he entered college at Memphis State, his allegiances had shifted to guitar, “Albert King, B.B. King, and Stevie Ray Vaughan were some of my favorites,” and jazz. “During my senior year of high school, I used to go to the library on Sundays for school-related projects, and I started to check out records by Duke Ellington and Louis Armstrong. When I heard a Benny Goodman record with Charlie Christian, that started me down the track of wanting to be a jazz guitar player.”

During his first semester of college, Wamble saw Russell Malone playing guitar with Harry Connick, Jr. (Doug would go on to be Connick's opening act for all of 2004.) “I heard Russell and I said, 'I want to be a jazz guitarist,' and I threw myself in to it.” John Scofield became another inspiration. After graduating from North Florida in 1995, Wamble took a year off and then enrolled in graduate school at Northwestern University in Chicago, where he earned a masters degree in jazz pedagogy. “I met a lot of great musicians, but it was not my kind of town musically, “he says of Chicago. “New York City was always the goal.”

In the fall of 1997, Wamble moved to New York. The first person he called was Wynton Marsalis, whom he had met in Florida, then again in Chicago, and whose music had been tremendously influential in his development. “They were having a rehearsal at Lincoln Center, and he said I should come down,” Wamble recalls. Marcus Printup, a fellow UNF alumnus and trumpeter in the Lincoln Center Jazz Orchestra, suggested that Wamble audition with singer Madeline Peyroux, who was looking for a guitarist. Within a week of moving to New York, Wamble had landed his first major gig, playing guitar for Peyroux opening up for singer/songwriter Sarah McLachlan.

He also got in touch with vocalist Cassandra Wilson, whom he'd also met while at UNF. Before long, the guitarist was recording with both Wilson, on her 1999 Traveling Miles CD, and Wynton Marsalis, on Big Train (1999). As he insinuated himself deeper in the New York scene, Wamble found himself courted by several jazz record producers. But nothing panned out until he met Branford Marsalis, who signed him to the fledgling Marsalis Music label and issued Wamble's first two solo recordings, 2003's Country Libations and 2005's Bluestate.

By the time he started making his own albums, Wamble had begun singing onstage, at first during shows with trumpeter Steven Bernstein's Millennial Territory Orchestra, and eventually with his own group on gigs at the club Barbes in Brooklyn. “People came to know me as a singer as well as a guitarist,” he says. “And in the course of spending time at home with my kid and my wife, who is a voice instructor at Yale, I started writing out ideas for songs. I wasn't thinking so much about how they would be incorporated into my jazz group, I just wrote them for fun.”

Clearly, though, Wamble had found his authentic music voice. In his 2005 Jazz Times review of Bluestate, David Adler pointed out “a few vibrant qualities” of Wamble's music: “the rootsy purity of [his] guitar tone; the advanced content of his improvised lines; and the winsome drawl of his singing voice, but also its haunting, preacherly power.”

Those characteristics, and more, are abundantly represented on Doug Wamble. Many of the songs address life choices, Wamble explains, whether they're about “being happy and content, and being uncomfortable about it” (”Sweet Return to Madness”); “not letting your demons define your future” (”Bitter Angels”); or “convincing someone that they are exactly what you want, no matter what” (”Home”).

To bring these personal ruminations to musical life, Wamble tapped a broad array of sources. Of the opening song, “Think About It All, “which features a boisterous horn section and interlocking guitar parts with Charlie Hunter, he says, “I got the horn ideas form Donny Hathaway's 'Everything Is Everything,' so it's halfway between Donnie Hathaway and a Stax record.” “Freezer Burn,” is “a history of the poorest choices in my romantic life,”Wamble says, and the gritty music comes in part from listening to the late blues-rocker Chris Whitley. And “I Needn't Try,” with its insistent New Orleans groove, is “a little bit of a nod to my jazz sensibilities.”

On “Oh Heaven,” Wamble plays “the first guitar I put my hands on,” his late grandfather's 1962 Gretsch Corvette. “Grandaddy was a guitarist, playing hymns and cowboy songs, and he was the first one to teach me chords.” Wamble describes “Oh Heaven” as “a very simple song, something that I picture Ralph Stanley would have sung. It has a country and gospel feel with kind of a Keith Jarrett piano part.”

It took “about 30 minutes” to write “It May Be A Dream,” Wamble says, and he always imagined it as a duet. Lee Townsend suggested Carrie Rodriguez, and “she totally brought her sensibility to the track,” Wamble notes. “She lent some beautiful fiddle parts and really put herself out there.”

Wamble calls Townsend “the catalyst” for the entire project. “Lee really believed in the music. He heard my five-song demo and we ended up recording an album even before a deal was signed. Lee took it to E1 Music, and Chuck Mitchell at E1 fought for it. You can work hard and practice, but if you don't have someone else who believes in you, it's really hard. I can be a very stubborn artist, but when you work with Lee, there is nothing but integrity and trust.” It may have taken a while for the multifaceted musician to let his roots show, but on Doug Wamble he emerges in full bloom. Show less

Singer/Songwriter Doug Wamble Interviewed at All About Jazz

Doug Wamble Quartet at The Jazz Standard May 30 & 31 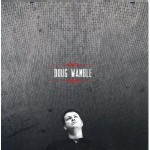 All About Jazz musician pages are maintained by musicians, publicists and trusted members like you. Interested? Tell us why you would like to improve the Doug Wamble musician page.