Earl R. Johnson Jr. is a graduate of Boston’s Berklee College of Music with a degree in Film Scoring. He has captivated audiences on five continents; Johnson’s command of several writing and playing styles has afforded him the opportunity to have worked and/or toured with many of the music industry’s top legends, including Patti Austin, Brian McKnight, Chaka Khan, Jeffrey Osborne, Beyonce, Wynton Marsalis, Stevie Wonder, Gladys Knight, Kenny Lattimore, and R. Kelly, to name a few. Earl has composed dramatic underscores for several films (“Living With Faith,” “Two Can Play That Game”) and television projects (Showtime’s “Linc’s,” “Breaking The Code”). Johnson has produced and composed arrangements for many notable recording artists including K Ci and JoJo, Chante Moore, and T.C. Carson. Earl has served as Musical Director (Gerald Albright, Marla Glen, Terry Dexter, Najee, Freda Payne, T.C. Carson, “Ain’t Misbehavin’,” “Theotrilogy”) conducted orchestras for a variety of musical situations including the wedding of actress Lela Rochon (“Waiting to Exhale”) and Director Antoine Fuqua (“Training Day.”) Earl’s mastery of the piano and keyboards has captivated audiences around the world; most notably and recently as Keyboardist and Featured Soloist with R&B vocal legend, Chaka Khan. 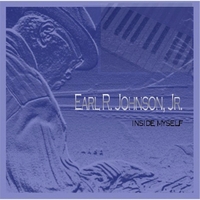 Earl R. Johnson Jr.
Inside Myself

All About Jazz musician pages are maintained by musicians, publicists and trusted members like you. Interested? Tell us why you would like to improve the Earl R. Johnson Jr. musician page.