When I was about 9 years old I started singing with children's choir De Zonnepitten in Schijndel, the Netherlands, and I've been singing on stage ever since; in musicals, jazz-bands and choirs. At the age of 15 I fell in love with jazz music and when I was studying Educational Sciences in Utrecht I was able to develop my passion in the most enthusiastic vocal group of the Netherlands: Dekoor close harmony (chosen as best choir in Holland in 2007 on television program Korenslag). Later on I started having singing lessons with the wonderful jazz singer Denise Jannah. After moving to Luxembourg in 1994, I was active in the theatre group Pirates Productions and in the choir Voices International. After getting into touch with the jazz-scene in Trier and attending several jazz workshops with Norma Winstone and Maria Pia de Vito, I started singing with the Rhythm & Swing Big Band in 2001 and started having singing lessons with singing coach and pianist Heinrich Thiel.

In 2005 I decided to make professional recordings in a studio and with the help of Georg Ruby (pianist, composer, big band leader) I recorded a demo in the Topaz Studio in Cologne. This resulted in playing at the L'Inoui in April 2006, one of the most beautiful theatre/jazz clubs in Luxembourg.

In 2006 I started a duo with guitar player Dany Schwickerath from Trier and I also joined the Blue Art Orchestra from Cologne with whom I discovered the music of Kenny Wheeler and started singing the Francy Bolland/Kenny Clarke repertoire.

With my quartet (Donald Regnier on guitar, Boris Schmidt on double bass and Yves Peeters on drums) I was invited by the Jazzclub Luxembourg to play at the Melusina in June 2007.

In 2008 I recorded my duo CD Hidden Waltz with Dany Schwickerath in the Tritone Studios in Trier which was released in September 2009 in co-operation with the Trierer Label Portabile Music.

In May 2010 I was in the Topaz studio in Cologne with Georg Ruby's Blue Art Orchestra where we recorded a double CD called “Sketches of a Working Band” which has been released at JazzHausMusik in October 2010. In August 2010 I was invited by drummer/composer Andrea Marcelli to come to Berlin where we had two successful concerts at the B-Flat and Schlot Jazzclub.

In 2011 I started working together with Ben Heit who put a wonderful program together of songs from Joni Mitchell. We had our first concert at the Brunnenhof Festival in Trier in August 2011. With Dany I had several concerts in Trier, Bitburg and Luxembourg. One of the highlights was our Apéro Jazz concert at the Abbaye de Neumünster for the Jazzclub JAIL. End of August I joined Andrea Marcelli again in Berlin for a concert at the Schlot Jazzclub.

One of the highlights of 2012 was meeting our Dutch Queen Beatrix when she was visiting Luxembourg in March 2012. I was part of the cultural delegation of Dutch people in Luxembourg together with 5 other artists. With the Blue Art Orchestra we performed a Gil Evans Tribute in the Stadtgarten in Cologne and in the Jazzschmiede in Düsseldorf. In springtime I started working with piano-player Frank Harrison from London with whom I've performed some great concerts at Pianos Kelly in Niederanven (L) and at the L'Inouï in Redange-sur-Attert (L). I also had a memorable concert with Dany Schwickerath at “das kleine Landcafé” in Kerpen (Eifel, Germany) in September 2012. This concert was mentionned later on in Jacques Berndorf's crime-novel “Eifel-Bullen” (see reviews).

One of the highlights of 2013 for me were a performance with my guitar player Dany Schwickerath on French television which was a new and exciting experience. Besides having many concerts with the Blue Art Orchestra and with the Rudi Schaaf Band I had the pleasure of singing a lot with the wonderful piano player Frank Harrison. We played at the wonderful Cercle Münster, a very exclusive and beautiful private club in Luxembourg-Grund. And for the first time I sang on a jazz festival in Holland: Heerlen Jazzt. Again in a beautiful place, the Savelbergklooster in Heerlen. With Dany Schwickerath I recorded two videos at the Ancien Cinéma in Vianden (by Georges Majerus from Tritone Studios).

In December 2014 my new CD with Frank Harrison will come out!

Edith van den Heuvel Vocalist
Edith enters the stage in black and in all simplicity. A long necklace on a leather like tunic, and that’s all she needs. Her voice will do the rest. Before long, it feels dark outside – the jazz club feeling permeates the room on a Sunday at 11.30 am. With her natural, modest and unpretentious look, Edith creates a complete focus on her voice, and on the piano, the saxophone, the double bass and the drums, each of the five instruments shining in their own right. Her voice is deep and full, with a soft power. She makes singing seem easy and effortless – the proof of hard work. Unni Holtedahl - www.clew.lu (2013)

Although she is living in Luxembourg for twelve years now, Edith van den Heuvel still is largely ignored in her chosen homeland – wrongly, since she places herself - no matter from what angle: technique, sensibility and artistic originality – on the same level as widely recognized singers abroad such as Sarah Lazarus or Elisabeth Kontomanou. Jazzclub Luxembourg (2007) 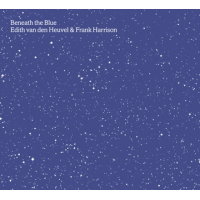 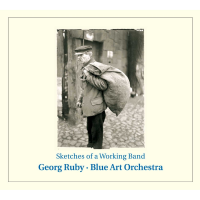 Sketches of a Working... 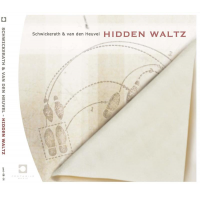 All About Jazz musician pages are maintained by musicians, publicists and trusted members like you. Interested? Tell us why you would like to improve the Edith van den Heuvel musician page.