E. Doctor Smith, inventor of the Drummstick, began his musical journey as a teenager playing percussion in the District of Columbia Youth Orchestra and in Maryland’s Montgomery County Youth Orchestra. Inspired by the Miles Davis fusion bands of the mid-70s, he continued his studies with Paul Sears, drummer of the Muffins. His first group, Oranus Rey, featured guitarist Paul Bollenback, bassist Ed Howard, and saxophonist Tim Chambers.

In 1980 Smith moved to New York where he met fellow Music Building tenants Madonna and her co-writer, Stephen Bray. With Bray, Smith performed in the Breakfast Club and The Same. The Same was produced by Brian Eno and featured keyboardist Carter Burwell, guitarist Chip Johannsen, singer Clodagh Simmons, bassist Stanley Adler, and the motto “Semper Mutants.”

Following Bray and Madonna to Los Angeles, Smith assisted on many of Madonna's biggest albums as well as other of Bray's projects including Nick Kamen, Gladys Knight, The Breakfast Club, Bryan Ferry, and Steel Pulse. In L.A. Doc’s sound engineering skills were honed in sessions working alongside Michael Verdick and Tony Shepperd. Back on the East Coast, Smith performed with the New England groups K2, Flash to Bangtime, and Feat of Clay using a Simmons kit he called the “Beast.” Inspired by that of British drummer Bill Bruford, Smith’s 12-piece kit was the first embodiment of his love of digital drums.

In 1995, as a member of the trio Between The Lines, and influenced by the work of Roy “Future Man” Wooten, Smith designed and built the Drummstick, a percussion controller consisting rather humbly of a 2x6 piece of wood with 16 finger-pads. Borne of a desire to walk on stage, plug in and play like a guitarist, while accessing his beloved and virtually infinite world of digital sounds, Smith’s Drummstick developed a life of its own.

In 2000 Smith debuted his first CD of original music, The Drummstick, with his band of the same name, which featured core members Jack Wright on guitar, Neil Mezebish on horns, and Celia DuBose on bass. That year he also performed using the Drummstick with guitar legends including Bon Lozago of Gong, Tom Principato, Bill Kirchen, Paul Bollenback, as well as bansurist John Wubbenhorst, tabla master Sandip Burman, and the famed Howard Levy.

Now living in San Francisco, Smith performed at the Edgetone New Music Summit of 2006 with horn player Eric Dahlman. In March 2007, Smith will release a new Drummstick 2 CD, a long-distance collaboration with the original Drummstick band and other musical friends (and the re-release of his first Drummstick CD) on Edgetone Records.

Inspired by the music of iconic jazz fusion pioneers like Return to Forever, progressive rock groups like King Crimson, Jethro Tull, Genesis, Tangerine Dream, and the 1970 classic tome “Future Shock” by author Alvin Toffler, Smith and McKibben’s compositions are borne out of an appreciation for the those musical masters, and the shock that accompanies the reality today’s musicians face in our rapidly changing, ever-evolving, digital age. Smith, McKibben and Wiley have not shied away from it. To the contrary, they have sought to embrace it by using some of the latest musical technology, instruments and signal processing to explore the boundaries of the analog and digital, musical frontiers.

“From the banjo-meets-Bruford tribal groove of “Futureboy” to the atmospheric sonic landscapes of “Girl of a Thousand Days,” E. Doctor Smith treads a musical road less traveled

“From the banjo-meets-Bruford tribal groove of “Futureboy” to the atmospheric sonic landscapes of “Girl of a Thousand Days,” E. Doctor Smith treads a musical road less traveled. His intrepid ensemble's acid jazz explorations wander into every world musical nook and cranny, making this collection a trip well worth taking.” - Stephen Bray, Producer

“Particularly noteworthy was a “drum” solo by the Doctor that received extended applause...Smith's solo showed the versatility and range of his percussion instrument - a large block of wood wired to several key pads that allow him to reproduce almost any percussion sound. His performance of bell and cymbal sounds filled the room with a resounding sound reminiscent of a handbell choir.” - Jerry Harris, Writer - Lexington Gazette 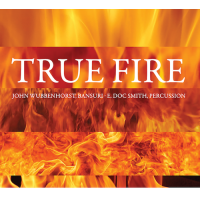 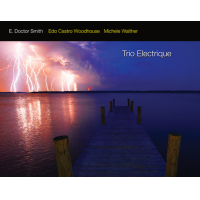 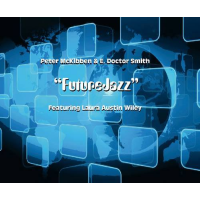 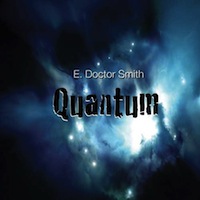 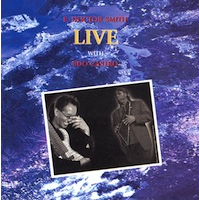 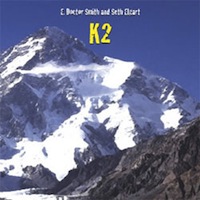 All About Jazz musician pages are maintained by musicians, publicists and trusted members like you. Interested? Tell us why you would like to improve the E. Doctor Smith musician page.