Edward Ratliff is a New York City-based composer, bandleader and multi-instrumentalist (trumpet, cornet, trombone, euphonium and accordion). He has been called “a wonderfully spunky and imperturbable trumpet player” (The New York Times) and “a fine musician who possesses a clever and crafty compositional pen” (AllAboutJazz.com).

He has received numerous commissions and grants for dance and theater scores, including a commission from the American Music Center Live Music for Dance Program and several Meet the Composer Fund grants. He was an associate artist-in-residence at the Atlantic Center for the Arts, working for three weeks with composer and saxophonist Henry Threadgill, and received an Honorable Mention in the Jazz Composers Alliance/Julius Hemphill Composition Awards. Originally from Texas, he lives in New York City where he studied music at the Mannes College of Music and film at the New School.

Ratliff and his bands have appeared at international festivals including the JVC Jazz Festival New York, MODAFE (Seoul, Korea), Bell Atlantic Jazz Festival (New York), ImPulsTanz (Vienna), SommerSzene Salzburg (Austria), the Improvisation Festival/NY, Knitting Factory “What is Jazz?” Festival, and at theaters, clubs and other venues throughout New York City, including the Brooklyn Academy of Music, the Whitney Museum, Dance Theater Workshop, Barbès, Performance Space 122 and Dancing in the Street's “Dances at Wave Hill.” His music has also been heard in a wide variety of television programs presented on HBO, Nickelodeon, the Discovery Channel, ABC Family, MTV, VH1 and more--everything from a biography of Dostoyevsky to Real Sex Xtra.

His music is represented on several CDs: A new CD, Those Moments Before, a disc of cinematic small-ensemble music, was released in the fall of 2009 (”Whether it's a tribute to Hong Kong Action films or the sound of Johnny Hodges, “Those Moments Before” is a very satisfying and entertaining show...” AllAboutJazz.com). The Guardian (London) called his film score for Barcelona in 48 Hours “an intriguing tone poem that repays repeated listening.” His debut recording, Wong Fei-Hong Meets Little Strudel, a tribute to the Hong Kong film industry, was called “a great disc” by Cadence magazine. His music can also be heard on a Knitting Factory Works disc, “Peep; The Joy of Being” (”skewed instrumental magic” CMJ). His recordings are available at the strudelmedia store and Amazon.com.

With photographer Anja Hitzenberger, he co-directed and composed the score for the short film Barcelona in 48 Hours, an impressionistic portrait of the choreographer and dancer David Zambrano. The film has been shown in over 20 festivals across Europe, Latin America, Asia and the United States. A multimedia performance version of the film was commissioned by Dance Theater Workshop and premiered there in New York City, and was subsequently presented at festivals in Vienna and Seoul. Show less

”...composer-brassmeister-accordionist Ratliff has fashioned a little quintet that sustains its tenderness and agility while still blowing like Vesuvius. Factor in the gypsy strain that arrives via the Far East and you've got singularity, too.” --Jim Macnie, Village Voice

”...fetching, globe-trotting, and insatiably romantic, [Barcelona in 48 Hours] entrances within seconds, begs you to get involved, and ages with grace..

”...[Barcelona in 48 Hours] is an intriguing tone poem that repays repeated listening... Ratliff's method of theme and reiterations (rather than variations) recalls Gato Barbieri's soundtrack for Last Tango in Paris.” --John Walters, The Guardian

”...composer-brassmeister-accordionist Ratliff has fashioned a little quintet that sustains its tenderness and agility while still blowing like Vesuvius. Factor in the gypsy strain that arrives via the Far East and you've got singularity, too.” --Jim Macnie, Village Voice

”...fetching, globe-trotting, and insatiably romantic, [Barcelona in 48 Hours] entrances within seconds, begs you to get involved, and ages with grace... The mixture of styles and instruments is unconventional to say the least, and Ratliff's compositions have a persistently magnetic quality.” --Nils Jacobson, All About Jazz

”...colorful, stylistically eclectic and humor-filled... this is tightly arranged stuff... give the group credit for playing the charts with a verve and spontaneous feel that enlivens them even further.” --Harvey Pekar, Jazz Times

”This ensemble achieves a wonderfully large sound for a quintet, in the manner of the grand old Mingus groups where the whole was always greater than the sum of the parts... Ratliff, meanwhile, who is the driving force behind Rhapsodalia, and Attias are outstanding soloists--as is Bardfeld. A great disc.” --Robert Spencer, Cadence

”Ratliff and his New York City-based band Rhapsodalia go straight to one's heart and imagination while injecting strong doses of whimsy and artful musicianship... [he] is a fine musician who possesses a clever and crafty compositional pen... Strongly recommended.” --Glenn Astarita, All About Jazz

”I am most impressed with this quirky CD... Although this is only a quintet, they sound much larger... It would not sound out of place on Zorn's filmworks series...” --Bruce Gallanter, Downtown Music Gallery Newsletter

”Wong Fei-Hong Meets Little Strudel is surprisingly sturdy and swinging, with just enough in the way of smarts to balance out the deadpan humor.”

”Think Fiddler on the Roof meets The Good, the Bad and the Ugly and you may get a tiny grasp of what this music is all about.” --Benji Knudsen, The Vermont Review 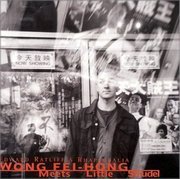 All About Jazz musician pages are maintained by musicians, publicists and trusted members like you. Interested? Tell us why you would like to improve the Edward Ratliff musician page.