Egberto Gismonti was born in 1947 in Carmo, Brazil. He began his formal music studies at the age of six. After studying classical piano for 15 years, he went to Paris to study with Nadia Boulanger (orchestration and analysis), and composer Jean Barraqué, a disciple of Schönberg and Webern.

Returning to Brazil, Gismonti began to glimpse a reality broader than that of classical music alone. He was attracted by Ravel's ideas of orchestration and chord voicings, as well as by choro, a Brazilian popular instrumental genre where varied kinds of guitars, reeds and percussion are featured. To play this music he made the transition from piano to guitar, beginning on the 6-string classical guitar and switching to the 8-string guitar in 1973. He spent two years experimenting with different tunings and searching for new sounds, which is also reflected in his use of flutes, kalimbas, sho, voice, bells, etc. By the early '70s, he had laid the groundwork for his current conception and was listening to musicians as wide-ranging as Django Reinhardt and Jimi Hendrix. For him, Hendrix's achievements were proof that “popular” and “serious” idioms need not remain opposite poles: “There's no difference between the two kinds of music...”

Gismonti's first ECM record, Dança das Cabecas (ECM 1089), a duo LP featuring percussionist Naná Vasconcelos, dating from 1977, was nominated Album Of The Year by Stereo Review and received the Großer Deutscher Schallplattenpreis. Sol do Meio Dia (ECM 1116) found the duo augmented by saxophonist Jan Garbarek, percussionist Collin Walcott and guitarist Ralph Towner; the session following on a tour featuring Gismonti, the Belonging Quartet and Oregon. Gismonti dedicated this album to the Indians of the Xingu region of the Amazon, with whom he had lived for a period of time in the jungle. On his following 1979 ECM recording Solo (ECM 1136), he plays 8-string guitar, piano and bells, expressing a pure and comprehensive view of his music.

Tha next album to present Gismonti was a trio recording entitled Magico (ECM 1151) with bassist Charlie Haden and saxophonist Jan Garbarek, recorded in 1979. The same year, the trio toured Europe, including a concert at the Berlin Jazz Festival, and recorded a second Magico album, entitled Folk Songs (ECM 1170). In 1981, Gismonti again toured with Haden and Garbarek, performing throughout Europe.

The album Sanfona (ECM 1203/04), is related to the Brazilian roots of his music. It features both group and solo work within the context of a single release. On the first record of his two-disc set, Gismonti is joined by his Brazilian group Academia de Danças: Mauro Senise (saxophone and flutes), Zeca Assumpção (bass) and Nenê (drums and percussion). On the solo disc, the emphasis is on his guitar playing and on Indian organ improvisation. In his liner notes for Sanfona, Geraldo Carneiro characterizes Gismonti's offering as “a trip through Brazilian rhythms, musical forms and popular festivals... symbolizing Brazilian culture in all its breadth from solemn to burlesque.”

Duas Vozes (ECM 1279) with Naná Vasconcelos appeared in 1984. Today Gismonti strives to bring two influences together, Western Europe music and the music from Brazil. Dança dos Escravos (ECM 1387), released in 1989, takes him a step further in the direction where distinctions between “serious” and “popular” music are blurred. In harmonic terms, Gismonti has found a way of combining two cultures, as in the music of Villa-Lobos, Baden Powell or João Gilberto. His rhythms, also extremely delicate and carefully constructed, never suffer from a lack of pulsating energy. Show less 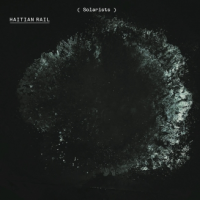 All About Jazz musician pages are maintained by musicians, publicists and trusted members like you. Interested? Tell us why you would like to improve the Egberto Gismonti musician page.