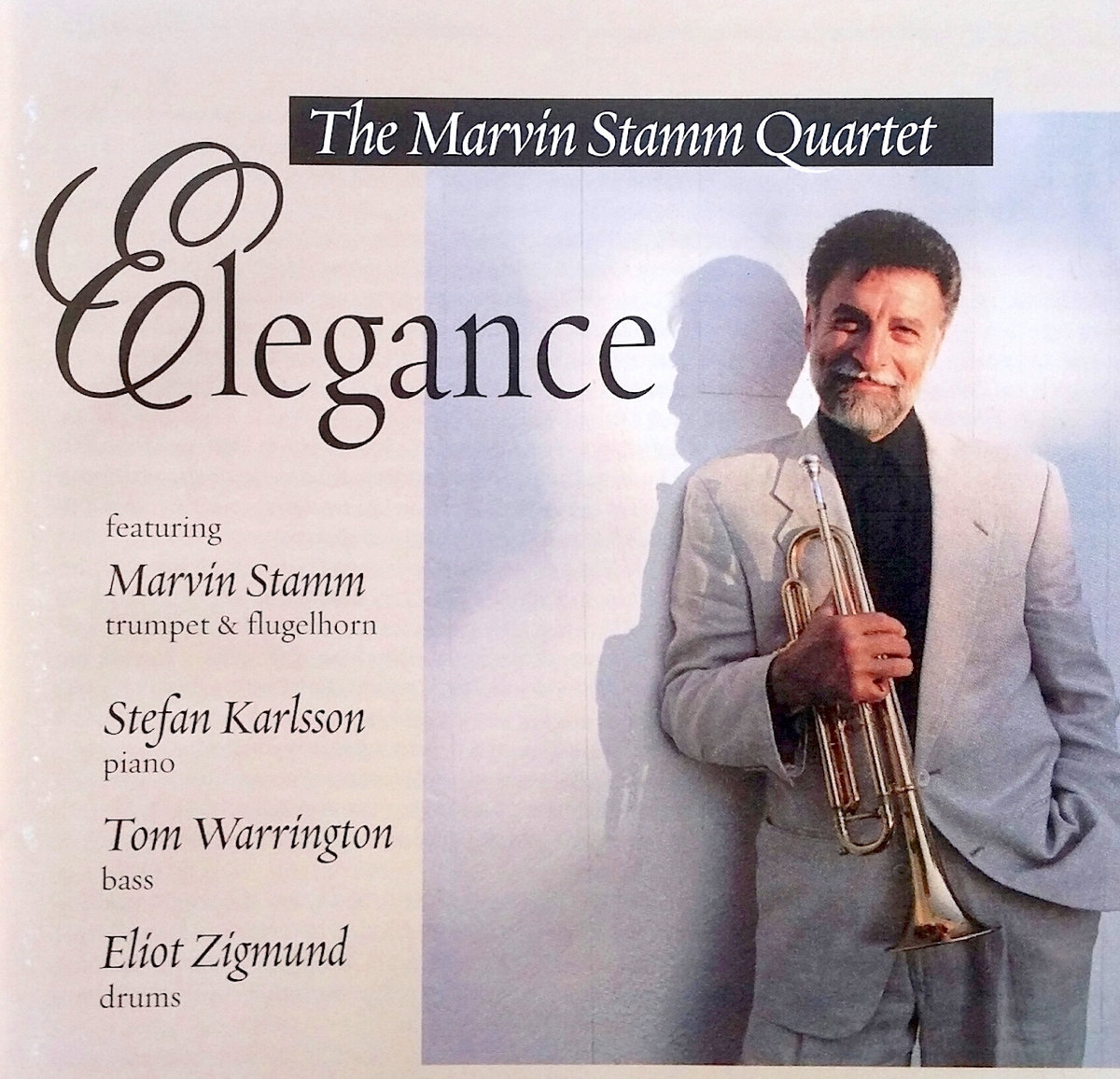 Smilin' Eyes; But Not For Me; The Very Thought Of You; Illusion; Close To Home: A Lick Or Two; The Tree; But Beautiful; A Rosy Tone

Elegance was released in 2001 and features the marvelous young pianist from Sweden, Stefan Karlsson. There are nine compositions, six originals – two each by Stamm and Karlsson and one each from Swedish composer Lars Jansson and trumpeter Dennis Dotson – and three standards, among which are Gershwin’s But Not For Me, Ray Noble’s The Very Thought of You and Jimmy Van Heusen’s But Beautiful. Stamm says, “I very much enjoyed working with these terrific musicians. Stefan’s harmonic knowledge, his wonderful rhythmic approach and creative soloing are a delight. Tom Warrington provided the anchor for the group and also contributed some beautifully thought-out solos. Eliot Zigmund provided the intensity and excitement on the up- tempo pieces, while also affording the rest of us a sensitive palette for the ballads and quieter pieces. The quality of performance and the professionalism and attitudes of all made this a joy.” Recorded and Released 2001 TNC Jazz CD 1711 Marvin Stamm, trumpet and flugelhorn Stefan Karlsson, piano Tom Warrington, bass Elliot Zigmund, drums Produced by Virko Baley and Ken Hanlon Recording engineer: Tom “T-Bone” Demman Mixed and edited by Curt Miller Mastered by Jonathon Marcus at Opharion Recordings, Long Beach, CA Design and layout: Livia Daniels, Graphics 2000, Las Vegas, NV Music design and editing: Timothy Bonenfant, Troppe Note Publishing Photos: Alan Orling/Ken Hanlon

All About Jazz musician pages are maintained by musicians, publicists and trusted members like you. Interested? Tell us why you would like to improve the Elegance musician page.