Emil Viklicky was born in Olomouc, Czechoslovakia (now the Czech Republic), where in 1971 he graduated from Palacky University with a degree in mathematics. While a student he devoted much time to playing jazz piano. In 1974, he was awarded the prize for best soloist at the Czechoslovak Amateur Jazz Festival, and that same year he joined Karel Velebny's SHQ ensemble. In 1976, he was a prizewinner at the jazz improvisation competition in Lyon, and his composition “Green Satin” (Zeleny saten) earned him first prize in the music conservatory competition in Monaco, where in 1985 his “Cacharel” won second prize in the same competition.

In 1977, he was awarded a year's scholarship to study composition and arrangement with Herb Pomeroy at Berklee College of Music in Boston. He then continued his composition studies with Jarmo Sermila, George Crumb and Vaclav Kucera. Since returning to Prague, he has led his own ensembles (primarily quartets and quintets), composed and arranged, and - since the death of Karel Velebny - worked as director of the Summer Jazz Workshops in Frydlant. He has lectured at a similar workshop event in Glamorgan, Wales. Between 1991 and 1995, Viklicky was President of the Czech Jazz Society, and since 1994 he has worked with the Ad lib Moravia ensemble, whose performances combine elements of Moravian folk music, modern jazz and contemporary serious music. In 1996, the ensemble undertook a highly successful concert tour of Mexico and the United States.

As a pianist, Viklicky often performs in international ensembles alongside musicians from the U.S. and other European countries, including the Lou Blackburn International Quartet, the Benny Bailey Quintet, and multi- instrumentalist Scott Robinson. He has made frequent appearances in Finland (with the Finnczech Quartet and in particular with Jarmo Sermila) and Norway (with the Czech-Norwegian Big Band and Harald Gundhus) and has performed in the USA, Japan, Mexico, Israel, Germany, Luxembourg, the Netherlands (at the North Sea Festival) and elsewhere. The editor of Rolling Stone wrote of Viklicky that “It was a delightful surprise to see such first-class, top-of-the-line jazz in Prague.”

As a composer, Viklicky has attracted attention abroad primarily for having created a synthesis of the expressive elements of modern jazz with the melodicism and tonalities of Moravian folk song that is distinctly individual in contemporary jazz. Besides this, however, he also composes “straight-ahead” modern jazz as well as chamber and orchestral works that utilize certain elements of the New Music, and at times his music requires a combination of classical and jazz performers. He also composes incidental and film music and has produced scores for several full-length feature films and television series. Throughout the 1990s he devoted an increasing amount of time to the composition of contemporary classical music for a great variety of instrumental combinations ranging from small chamber ensembles and electronic instruments to symphony orchestras and choruses. Viklicky's work has gained him a number of prestigious awards.

Emil Viklicky "The Janacek Of Jazz" Plays Rare London Gig At Spice Of...

"The Funky Way of Emil Viklicky" Reviewed in UK Vibe!

”Combine elements of Bud Powell and Oscar Peterson with a deep infusion of Moravian soul, and you have Emil Viklicky, the patriarch of Czech jazz piano.”
—Jack Massarik, London Evening Standard, 10 Dec. 2007

“Emil Viklicky is one of those European jazz pianists who has successfully incorporated elements of his indigenous folk culture into jazz. When he performs his original compositions with their indebtedness to Czech and Moravian folk forms, a very distinctive and rewarding synthesis occurs

”Combine elements of Bud Powell and Oscar Peterson with a deep infusion of Moravian soul, and you have Emil Viklicky, the patriarch of Czech jazz piano.”
—Jack Massarik, London Evening Standard, 10 Dec. 2007

“Emil Viklicky is one of those European jazz pianists who has successfully incorporated elements of his indigenous folk culture into jazz. When he performs his original compositions with their indebtedness to Czech and Moravian folk forms, a very distinctive and rewarding synthesis occurs. ... beautiful and thrilling music with ... aria-like purity that no doubt derives from Viklicky's parallel career as a composer of opera.”
—Euan Dixon, Jazz Views UK, 2006

”One of the best contemporary pianists, Viklicky's soloing and comping, his touch, voicings and intervals have a good deal in common with fleet, tasteful pianists like Tommy Flanagan, Jimmy Rowles and Bill Charlap.”
—Doug Ramsey, JazzTimes, Dec. 2004 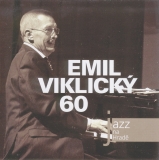 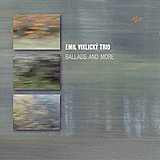 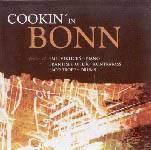 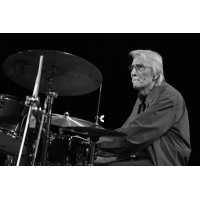 From: From live performance
By Emil Viklicky 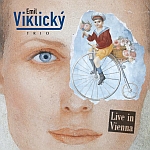 From: Live In Vienna
By Emil Viklicky 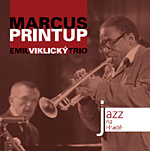 Mystery of a Man Blues

From: Marcus Printup and Emil...
By Emil Viklicky

From: Cookin' In Bonn
By Emil Viklicky

All About Jazz musician pages are maintained by musicians, publicists and trusted members like you. Interested? Tell us why you would like to improve the Emil Viklicky musician page.