Emma Swift is an Australian-born songwriter, currently residing in the USA. A gifted singer inspired by Sandy Denny, Marianne Faithfull and a plethora of dead poets, she is currently working on a new album, tentatively titled “Slow Dancing With Ghosts”. The songs explore sex, death, spirituality, depression, redemption and radical self-acceptance.

In August 2020 she released the critically-acclaimed “Blonde On The Tracks”, a feminist reimagining of some of her favourite Bob Dylan tunes on Tiny Ghost Records.

Read more articles
“Her high, clear voice highlights each syllable, letting you hear the words form, one seemingly following inevitably from the other, until they feel handed down, fragments of old songs now speaking to each other.” - Greil Marcus

“In her signature slowcore style – Swift describes her special talent as being the anti-Paul McCartney: able to 'take a sad song and make it sadder' – but with elements of jangly ’60s guitars ('Queen Jane Approximately'), moody country ('One Of Us Must Know') and soul ('Going Going Gone'), she finds a way to soothe and enrich, just as the songs had done for her.” - Bernard Zuel, Sydney Morning Herald 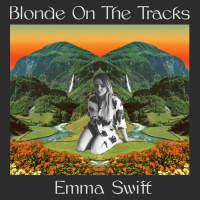 Blonde on the Tracks 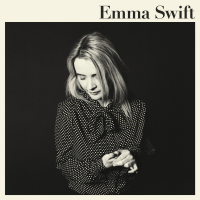 All About Jazz musician pages are maintained by musicians, publicists and trusted members like you. Interested? Tell us why you would like to improve the Emma Swift musician page.