Jazz and gospel music are branches of the same glorious African-American cultural tree and have influenced each other throughout their long histories. Gospel has been a source of inspiration to many jazz musicians, and its influence has been especially pronounced in the sacred works of Duke Ellington and Mary Lou Williams. Conversely, it was a former jazz and blues pianist, Thomas A. Dorsey, who as the composer of such songs “Precious Lord, Take My Hand,” “It’s a Highway to Heaven,” and “Peace in the Valley” was the principal architect of what is today known as gospel music. “It’s my belief that jazz would not exist in the form it does today if not for black gospel music and its contributors,” pianist and composer Enoch Smith Jr. wrote in a column titled “Bringing the Gospel to Jazz: A Misfit’s Theme” that appeared in the September 2016 issue of Down Beat magazine. The Rochester, New York-born, Allentown, New Jersey-based musician—with his acclaimed series of gospel-immersed jazz albums—2010’s Church Boy, 2011’s Misfits, 2015’s Misfits II: Pop, The Quest: Live at APC, and now To Houston With Love all on his own Misfitme label—is at the forefront of bringing the tree’s already related branches even closer together. “A humble piano player in his community church quietly released the salvation of jazz, and its future,” Carol Banks Weber wrote in her glowing review of Misfits II: Pop for axs.com.

Enoch's new CD To Houston With Love contains music written specifically for this project as a fundraiser for the hurricane Harvey flood victims of Houston, Texas.

Speaking on the genesis of the 8 tune set Enoch says “I have met and retained many relationships with people from the Houston area since attending college at Berklee. Most are still very good friendships, this music is my way of lending a helping hand”.

Enoch continued “I assembled a group of musicians who donated their time and talents to record the music in a one day recording session. I got a recording studio to discount their fee. I produced, sang lead and background vocals, and played on the session”!

The bass players are Jordan Scannella and Gabriel Vivas on the 2 instrumentals with Corey King on trombone and Enoch Smith Jr. on piano, all keyboards and hammond organ, lead vocals (Water and Freedmanstown) background vocals.

The CD opens with the soulully refreshed Wade In The Water featuring Myron Walden on saxophone and with its strong rich groove this classic fits snuggly into this fundraising set.

On track 2 Drown Enoch's musical philosophy of jazz being a direct derivative of gospel music is front and center and really captures the theme of the project lyrically and rhythmically.

Up next is Love Callin the compelling cry to reach out and help our brother, or sister or neighbor from the heart, for love! With Take Me Home it's a plea or perhaps a prayer to go home after the after effects of hurricane Harvey.

A Minor Melancholy, one of two instrumentals, a sober thoughtfulness, a pensiviceness is evoked. Perhaps to take time and reflect and be thankful in times of distress as with hurricane Harvey. Myron Walden opps for the flute on this peaceful journey.

And in yet another wonderful musical twist Freedmantown, in 1866 an was an area near now Houston which was composed of mostly freed slaves there they built small shanties as houses. Enoch's lead vocal and music turns the music towards the tradition of the New Orleans sound!

To And Fro, instrumental number 2, is a rolling, nearly a dance or celebration tune with Enoch's rocking piano.

With The Water the music shifts to a festive Caribbean emotion with the lead vocal by Enoch.

Born on November 24, 1978, Enoch Smith Jr. attended the Church of God by Faith, a Pentecostal church, while growing up in Rochester, New York. His father had once sung in a gospel quartet, and Enoch Jr. began singing in the church’s children’s choir at age 3. He played trumpet in middle school and drums in church. He began watching the keyboard players during services, and one Sunday when the regular pianist was absent, he sat down and began trying to figure out how to play the instrument through trial and error. He continued on as a substitute pianist, although his technique and knowledge of the keys were limited. He remembers the choir director saying, “Let’s sing a song in a key that Enoch knows,” then turning to him to ask, “What keys can you play it in?” Although he had originally intended on becoming a lawyer and had done several internships at Rochester law firms while still in high school, he decided to interview for admission to the Berklee College of Music at the suggestion of his high school choir director. “They accepted me on the spot,” Smith says. “During my first year of being there, I saw how advanced everyone was and there I was learning how to read music on the fly and trying to pass all the proficiency exams. It was amazing and intimidating and exciting all at the same time. I definitely saw that I didn’t fit into the mold. I felt like a misfit. “The transition from playing primarily by ear and then learning theory opened my mind to different approaches, devices, and things that I could use musically to expand or make my playing more interesting,” he adds. “That was the plus side. I think the down side of it is when you get so focused on technique and technical things, it can pull you away from the more spiritual side of life and what brought me to the instrument and things that were naturally expressed. I’m working my way back to where I can play with the same feeling that I had when I started.” Smith continues working full time at Allentown Presbyterian Church, where his duties include playing piano, composing original music, directing music programs for children of all ages, and creating power-point presentations for services. He has recorded as a sideman with Mimi Jones, saxophonist Stantawn Kendrick, drummer Reggie Quinerly, and saxophonist-singer Camille Thurman, among others, and since the summer of 2016 has been touring as an organist with fast-rising blues-and-soul singer-saxophonist Vanessa Collier.

Smith lives in Allentown with his wife Gabriella and their daughters Simone, 14, and Drew, 8. Besides appearing in clubs in the New York City area and in Detroit, he has performed at the Barbados and New Rochelle jazz festivals and has composed music for independent filmmaker Nefertiti Nguvu’s short I Want You in 2007 and her 2014 feature In the Morning. To Houston With Love is the latest recorded chapter in Smith’s ongoing search to find a seamless synthesis of jazz and gospel and a balance between the spiritual and technical aspects of his creativity. As evidenced by every magnificent performance on the CD, his goal is well within reach. Show less 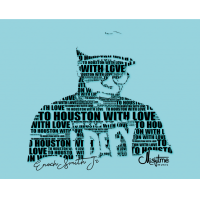 To Houston With Love 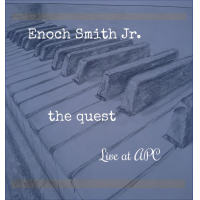 The Quest: Live At APC 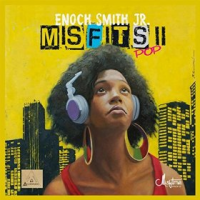 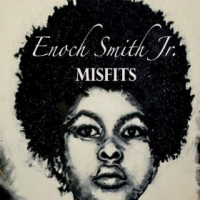 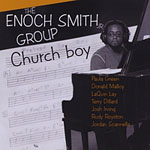 All About Jazz musician pages are maintained by musicians, publicists and trusted members like you. Interested? Tell us why you would like to improve the Enoch Smith Jr. musician page.