Istanbul born Turkish guitarist and composer, starting on classical guitar at the age of 15. Then rock and jazz in the following years.

At the age of 16, starting to play with his high school band and won the “Best Perfroming Band of Turkey” award in a nationwide music competition.

After his intensive study of guitar and composition as self-taught musician, he moved to England to improve his musical talent at the age of 19. Afterwards musical journey continued in Germany and France.

As well as being an accomplished musician, Ersin started also composing music. In 2011, he recorded his first Duo Acoustic Guitar album with own compositions called “Chasing The Voices”, inspired by memories, emotions and dreams on his musical journey. Album was released by Sky Music in Turkey and by Aliso Records in Germany.

Beside Turkish press, he was also noticed by European music press like “AKUSTIK GITARRE” which is best european acoustic guitar magazine in Europe. Album review in 2012 was briefly, “How amazing the relaxing effect of instrumentals by Turkish guitarist and composer Erhan Ersin... His playing is elegant, his tone is warm, dark colored and mature, his phrasing is extraordinarily enjoyable... Ersin is an interesting guitarist to keep an eye on.”

In 2016, he has been also chosen as an “Ambassador” (representative guitar artist) by world’s leading Swiss music company “Schertler SA”, including some world-famous musicians like Chick Corea, Charlie Haden.

Ersin is now working on own music projects and performing in different countries with his Acoustic Guitar Duo and Jazz Quartet. As well recording an upcoming album with his own compositions called “Life Prints” which has a different touch to jazz music. Show less 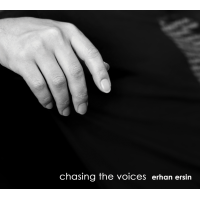 All About Jazz musician pages are maintained by musicians, publicists and trusted members like you. Interested? Tell us why you would like to improve the Erhan Ersin musician page.