Erica Corbo is a professional musician and performance artist native to the Philadelphia area. Implementing her talents mainly on the piano, she also performs as a flutist, vocalist, and dancer. Her work spans the disciplines of jazz, free improv, and original music. Believing in music as a universal language, Erica approaches her playing from a strong melodic standpoint, while leaving room for experimentation with dissonance and atonality. Extensive knowledge of the Alexander Technique empowers her playing with a physical balance and grace.

Believing in music as a universal language, Erica Corbo approaches her playing from a strong melodic standpoint, while leaving room to experiment with dissonance and atonality.

Erica works as a jazz musician, playing solo piano and small ensemble-jazz in Philadelphia area restaurants, venues, and for weddings and events. She leads her own small jazz ensemble on piano in which she also sings and tap dances. Ms. Corbo works extensively with the Philadelphia Jazz Project as a pianist, vocalist, music director, and creative director, and also serves as a pianist and bandleader for the jazz vocalist collective DivaNation Philly. She collaborates regularly with Pamela Hetherington and Take It Away Dance as a pianist, accompanist, vocalist, and music director, and is a member of the piano trio, Swing Three, with Pamela Hetherington on tap shoes, and Tim Price on sax. Erica plays with and manages the free improvisation ensemble Space Whale Orchestra, and performs as a solo improv artist on piano, flute, and as a dancer. She works substantially with the Impermanent Society of Philadelphia, participating in performances, festivals, workshops, and conferences on improvisation. Erica produces her own monthly concert series, Warp Factor 9, which takes place every third Thursday at the Philadelphia Suzuki Piano Academy. The series features solo artists and chamber ensembles of all genres, and seeks to soften the divide between the avant-garde and other genres of music. Ms. Corbo is the pianist and Minister of Music at the Chapel of the Good Shepherd in Yeadon, PA. “I, America,” her first solo album of original material, was released in February 2017, and another is on the way. She performs her original music in the genre-bending stage show, “An American Odyssey Through Space and Time.”

Both alone and with bands, Erica has composed, recorded, and performed original music all around the East Coast. In the realm of musical theater, she has experience dancing, singing, and acting, as well as with music directing and writing. Erica teaches individual lessons in piano, flute, and improvisation, as well as group classes in improvisation, including music for preschoolers. Extensive knowledge of the Alexander Technique empowers her playing with a physical balance and grace, and enables her to effectively aid students in the postural and physical elements of performing.

But how did she get here?

Erica has always enjoyed being alive, and engaging in all aspects of life.

Through all of these myriad interests, music was always a dominant force in Erica's life. Beginning with the study of flute, voice, and dance in elementary school, she later found her true musical match, the piano, in her preteen years. Philadelphia jazz pianist and session musician Howie Gordon helped to foster Erica’s musical talent during her early years of playing.

When it came time for college, Erica begrudgingly narrowed down her interests to include the two competing art forms of photography and music. After hearing many horror stories about how attending music school had made dedicated students turn away from their instruments, Erica opted to study photography. She enrolled in Drexel University, choosing to unofficially minor in music by filling up her electives with ensembles and music history classes.

Ms. Corbo received a scholarship for her photography work and academics, and another to perform in the Drexel Jazz Orchestra where she came under the tutelage of noted ethnomusicologist and jazz saxophonist George Starks. She began to strengthen and refine her solo and ensemble improvisational skills, as well as her approach to jazz and composing, while studying with Philadelphia pianist Farid Barron (Wynton Marsalis, Jazz at Lincoln Center Orchestra, Sun Ra Arkestra.) At this time, Erica began her love affair with the study and practice of free improvisation, which would shape her artistic career to come.

During her years at Drexel, Erica came to the realization that although photography was a beautiful and poignant art form, music was her true calling. The concentrated use of her eyes required by photography was frustrating and dissatisfying, while the concentrated use of her ears in music felt relaxing and fulfilling. After completing her photography degree and graduating with honors, Ms. Corbo was free to pursue her passion for and career in music. She continued her study of jazz and pop music, while polishing and enhancing her skills and knowledge of classical music, technique, and ear training by receiving her teaching certification in the Suzuki Method for Piano. All of these diverse interests and experiences helped to make Erica Corbo the holistic artist that she is today. Show less

Read more articles
”Erica is an awesome mind and artist and we are excited to work with her again.” —Philadelphia Jazz Project 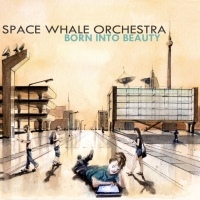 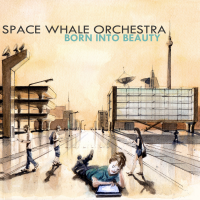 All About Jazz musician pages are maintained by musicians, publicists and trusted members like you. Interested? Tell us why you would like to improve the Erica Corbo musician page.