This year, he releases a three-volume album titled Travel Poems. It's an unconventional debut. In the rainforests of Costa Rica, what began as a series of song-postcards based on stories of people and places soon blossomed a recording tour, leading to pianos across four continents. The resulting 30-track sonic kaleidoscope boasts solo, duo, and trio performances, threaded through soundscape narratives also curated from around the world.

Live performances of Travel Poems feature its expansive repertoire, and additionally explore a complementary idea: how music is itself a means of travel. Eric delivers his peculiar vision for immersive storytelling, interwoven with song and collective improvisation, to carry audiences into a variety of sound-imagination spaces.

Eric Pan’s musical upbringing found its footing with the discovery of jazz at the University of California, Santa Cruz. These studies propelled him onto stages with Jeff Hamilton and Roy Hargrove, plus over a decade’s tenure as jazz pianist and composer in New York City. Tours have taken him to his home country of Taiwan, as well as to Canada, Spain, Switzerland, Germany, Great Britain, Ireland, Sweden, Lithuania, Costa Rica, and twenty-six U.S 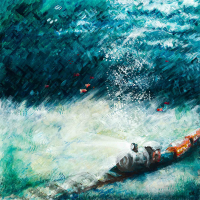 All About Jazz musician pages are maintained by musicians, publicists and trusted members like you. Interested? Tell us why you would like to improve the Eric Pan musician page.