Vocalist Erin Bode (pronounced BOH-DEE) has a beautiful, crystal clear voice that is too exquisite to miss. She has consistently won over audiences with her sweet personality and sincere performances. Her distinctive repertoire and crossover appeal--evoking comparisons to Eva Cassidy and Norah Jones--have proven equally at home in grand venues or relaxed clubs.

The Erin Bode Group have performed nationwide at venues such as Blues Alley in Washington D.C., Zanzibar Blue in Philadelphia, and at Sweet Rhythm in New York. They have also been in Europe twice, touring in Italy.

They have also opened for legendary Supremes' singer, Mary Wilson; for Michael Buble at St. Louis' newest premiere venue The Pageant; with Macy Gray on the steps of the Gateway Arch; and for Jamie Cullum at the Sheldon Concert Hall.

In late 2006, they traveled to South Africa to work with the Themba Girls' School Choir. Most recently, Erin performed with Garrison Keillor on A Prairie Home Companion at the Fabulous Fox.

. Her distinctive folk-jazz repertoire and crossover appeal have continued to build Erin’s fan base, and The Little Garden is a culmination of years on the road with her finely-tuned band. Show less

“More than just a beautiful girl with a beautiful voice, the lyrics and tone of the songs embody the spirit of the American midwest.” -- Derek Lauer/Playback 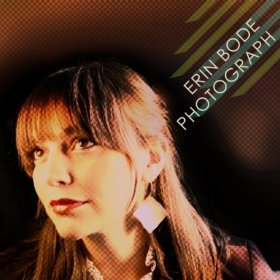 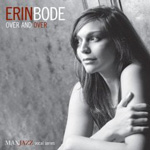 All About Jazz musician pages are maintained by musicians, publicists and trusted members like you. Interested? Tell us why you would like to improve the Erin Bode musician page.