There is no use in trying to pigeonhole 2006 National Trumpet Competition winner Etienne Charles. One listen to his debut album Culture Shock reveals the depth and breadth of his varied musical heritage. From the Calypso and Steelpan grooves of his native Trinidad, to sophisticated swing firmly rooted in the jazz tradition, Charles deftly incorporates a multitude of styles while maintaining continuity, freshness, and maturity in his sound that is often lacking in other young artists of his generation. Born July 24th 1983 in Port-of Spain, Trinidad & Tobago, Etienne Charles comes from a rich legacy of folk musical tradition going back four generations. His grandfather was seldom seen without his cuatro. His father was a member of Phase II Pan Groove, one of the world’s top steel bands and one that Etienne himself would later join. Music surrounded Charles as a child, emanating from his father’s vast record collection, the sounds of calypso, steel pan, and African Shango drumming. These formative years inspired Charles’s playing and are evident in his sound today. Charles began winning awards at Fatima College in Trinidad. He was the first three-time winner of the coveted Provincial Cup and the youngest student to ever win the award. He holds a Bachelor of Arts degree from the Florida State University and was named Brautlecht Scholar of the College of Music. In 2008 he received his Master of Music degree from the Juilliard School where he was awarded the William Schuman Prize. Etienne is also an alumnus of the prestigious Henry Mancini Institute in Los Angeles where in 2006 he recorded on the album Elevation, which received two Grammy award nominations. He has shared the stage with Grammy Award winners Roberta Flack, Ralph MacDonald, Johnny Mandel, Maria Schneider and the Count Basie Orchestra, legendary pianists Monty Alexander and Marcus Roberts among many other artists.

Culture Shock, his debut album fuses Afro-Caribbean rhythms and straight- ahead jazz. Pianist extraordinaire Marcus Roberts is featured, with Ralph MacDonald, trombonist Vincent Gardner, Len “Boogsie” Sharpe, vocalist Pam Laws, saxophonist Dayve Stewart, and the hard swinging and solid rhythm section of Rodney Jordan and Leon Anderson on bass and drums respectively. This all-star cast brings together Charles’s diverse influences and creates a unified, fresh, and urgent musical presentation on par with the best jazz being made today. Etienne Charles is a creative soul with a unique vision and the will to bring it to the world.

Etienne Charles’ "Creole Soul" To Be Released July 23 On Culture...

“Etienne aims at the blues feelings, as well as ballads full of dynamism and sharp, precious inflections.” —All About Jazz Italia

“He rather prefers working on vibrations, like a whispered, aired sound according to Ben Webster’s style.” —All About Jazz Italia

“The music was not simply reworked….Charles seemed to dissect the music studying every note and then proceeded to weave elements of Dixieland, Francesca, modal, bebop and modern styles into his arrangements, all while maintaining the integrity of the original compositions.” —Trinidad Express 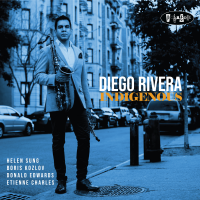 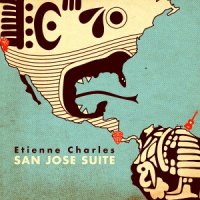 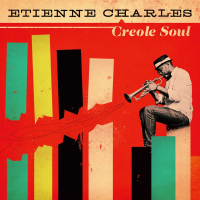 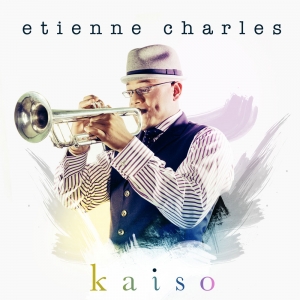 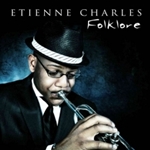 All About Jazz musician pages are maintained by musicians, publicists and trusted members like you. Interested? Tell us why you would like to improve the Etienne Charles musician page.