Eunha So is a pianist and composer with experience in many different genres encompassing classical to jazz. She began studying classical piano at six years old in South Korea, eventually moving to the United States with her parents at the age of fourteen

From 2009 to 2012, she was chosen to be part of her high school’s selective jazz band and received several awards, including Outstanding Musician at the Mile High Jazz Festival in 2011 and a first place rating at the Greeley Jazz Festival the same year.

Eunha is a recent graduate from SUNY Purchase’s graduate program in Jazz Studies in 2019, and she graduated from the University of Denver’s Lamont School of Music with a Bachelor degree in Jazz Studies and Commercial Music in 2016. Eunha has performed and shared the stage with Jon Faddis, Greg Gisbert, Todd Coolman, Eric Gunnison, Steve Nelson, and Ken Peplowski, Michelle Mandico, SZA, and many other internationally renown artists. She has trained under a number of prominent artists including pianists David Hazeltine, Eric Gunnison, and Art Lande.

Eunha released her debut album “Reminisence” 2019. She is a recipient of the Pathways to Jazz Grant 2017. In 2015, Eunha was featured and selected as one of Jazz 89.3 KUVO’s “30 under 30” musicians and has toured with Red Bull Sound Select Artist “Povi.” Eunha has performed at White Plains Jazz Festival in New York, Blue Note NYC, Dizzy’s Club at Jazz at Lincoln Center and Denver’s premier jazz clubs Dazzle and Nocturne

. As an educator, she has worked as a program assistant and near-peer mentor with pre-college students at Colorado Conservatory for the Jazz Arts. Show less 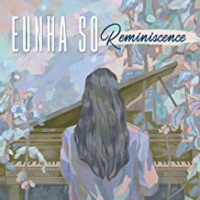 Help improve the Eunha So page

All About Jazz musician pages are maintained by musicians, publicists and trusted members like you. Interested? Tell us why you would like to improve the Eunha So musician page.