Eva Kano is an active American jazz vocalist/multi instrumentalist (Piano/Ukuleles/Guitars) who was born and raised in Tokyo, Japan.

She started playing the piano at the age of 4 and was trained as a chorus singer and vocalist until she graduated from high school. Eva earned a BA and MA degree in English Literature in Japan, and also a BFA degree in Jazz Performance at The City College of New York. Eva has regularly been performing in many jazz venues in New York City and Tokyo almost for 20 years.

Eva found a perfect instrument, ukulele to accompany herself when she started to work at a ukulele store, Uke Hut which is located in Long Island City, New York in summer, 2016. She learned how to play this instrument quickly and improved much faster than she thought. Since then, Eva has performed on her own stage, called, Ukulele Platform at Uke Hut every Friday night.

Eva decided to record the first ukulele jazz vocal album in the early spring of 2017. The album, called “New Chapter” where she sang and played on 4 jazz standard songs and 4 original songs that she wrote, was released in July 2017. 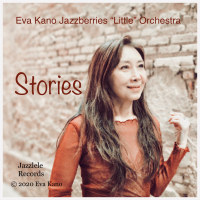 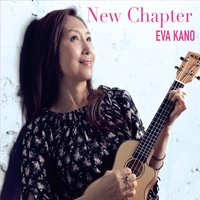 All About Jazz musician pages are maintained by musicians, publicists and trusted members like you. Interested? Tell us why you would like to improve the Eva Kano musician page.