Born in West Berlin on April 10, 1985, Eva Patricia Kesselring spent several years of her early childhood in the southern Brazilian city of Porto Alegre. By the time she was five her family had settled in Bern, Switzerland, where she still lives today. Growing up, she sang children’s songs in German, English, Portuguese, French, and Swiss German with her family, and Kess made quick progress on piano, her first instrument. Trained in the European classical tradition, she was devoted and talented enough to perform a Bach piano concerto with a symphony orchestra as a young teen, while also studying classical ballet. As a high school student, she analyzed Paul Hindemith’s “Trauermusik” (Funeral Music), originally composed for viola and string orchestra, and performed the orchestra part on the piano. “The piece was composed and performed on the same day - and the harmonic movement is simply perfect, everything makes complete sense,” she notes of the early 20th-century piece.

She experienced a life-altering epiphany at 17 when she happened to miss her bus and stumbled across an al fresco performance by a double-bass quartet playing “super beautiful music that blew my mind,” she recalls. “They were playing bass lines, melodies, middle lines, rhythmic, percussive stuff, and having so much fun together.”

She’d already been thinking about starting a new instrument so she could play more easily with other musicians, and she suddenly found her calling. Around the same time a friend took her to a jazz concert with a trio consisting of trumpet, guitar, and bass. At the end of the show, she approached the bassist Lorenz Beyeler and lined up lessons. “I’d been asking my piano teachers for more rhythmic pieces,” Kess says. “I was searching for something else. I didn’t have the word or term for what it was, but it might have been jazz.”

Attending every jazz concert she could in Bern, she got to know the local scene while also catching dozens of gigs by New York players touring in Europe. With guidance from her teacher Thomas Dürst, she started studying and transcribing recordings featuring bass masters like Paul Chambers, Oscar Pettiford, Charlie Haden, and Larry Grenadier. After 18 months of intense work she launched her trio with guitar and trumpet, gigging around town with a repertoire of jazz settings for Christmas songs. Attending the Music Academy of Basel, she studied jazz and improvisation with artists such as Bänz Oester, Patrice Moret, Larry Grenadier, Jorge Rossy, Julio Baretto, Adrien Mears, and Wolfgang Muthspiel. Increasingly interested in writing for larger ensembles, she earned a coveted spot in the University of Arts in Bern’s composition and theory master’s degree program, studying with Guillermo Klein, Bert Joris, Martin Streule, Klaus Wagenleiter, Frank Sikora, and Django Bates. In 2010 Kess won a scholarship to study in New York City, where she once again studied with Larry Grenadier and took lessons with Matt Penman.

“I got to know the city and since then I go to New York whenever I can,” she says. “Sometimes for a long run, and sometimes a short stay. At first it was overwhelming, but after a week it was like I was completely high on music, and I forgot about time. I’d sit in the Village Vanguard, and it would sound like a classic record. I played a lot of jam sessions. People say New York humbles you. Most of the best players live there or go there. It definitely puts everything in perspective.”

With these Falling Stars no wish remains unfulfilled. - Jazzthing 2020 -

With Falling Stars Eva Kess staked an incontrovertible claim as a jazz artist capable of turning chamber music conventions to her own devices. The resulting music is as thrilling and fresh as the day after tomorrow. - A.G. 2020 -

Eva Kesselring's music seems to effortlessly find the balance between disparate worlds. Floating etheral harmonies mingle with understated driving rhythmic groves, simplicity and virtuosity converse with one another, and throughout one is left feeling that this music is a very cohesive whole, the result of a very clear vision and sharp focus

With these Falling Stars no wish remains unfulfilled. - Jazzthing 2020 -

With Falling Stars Eva Kess staked an incontrovertible claim as a jazz artist capable of turning chamber music conventions to her own devices. The resulting music is as thrilling and fresh as the day after tomorrow. - A.G. 2020 -

Eva Kesselring's music seems to effortlessly find the balance between disparate worlds. Floating etheral harmonies mingle with understated driving rhythmic groves, simplicity and virtuosity converse with one another, and throughout one is left feeling that this music is a very cohesive whole, the result of a very clear vision and sharp focus. - Jeremy Harman, Sirius Quartet 2020 - 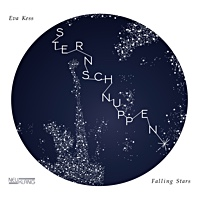 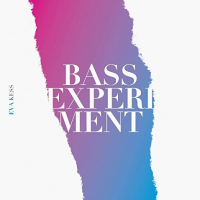 All About Jazz musician pages are maintained by musicians, publicists and trusted members like you. Interested? Tell us why you would like to improve the Eva Kess musician page.