Eva Scholten Talented jazz singer Eva Scholten (’86) completed her studies at the Jazz departement of the Amsterdam Conservatory in 2010. With her phenomenal timing and improvisations in the tradition of Ella Fitzgerald and Sarah Vaughn she provides her very own counterpoint to the musicians around her.

As a singer and arranger in vocal group ‘YesSister,JazzSister’ who just released their second album ‘Crazy People’, she’s been playing all the main Jazzfestivals in the Netherlands. This year she wil sing with Hot Club the Piracicaba at the biggest gypsyjazz festival in Brasil; Festival de Jazz Manouche de Piracicaba. Gypsyjazz formation Eva sur Seine, consisting of Eva Scholten & the Thomas Baggerman trio, performed at Europe’s greatest Django Reinhardt stages: Django Reinhardt Memorial Festival Augsburg (DE), Django in Liberchies (BE), Django Reinhardt festival Samois (FR). With the release of their second EP: Singin’ Django, full of Django Reinhardt compositions with fresh arrangements and self-written lyrics, they got officially invited to play on the main stage of the Django Reinhardt festival in Samois sur Seine 2016!

Her latest adventure is a promising collaboration with the Norwegian band Jazzbanditt who invited her to sing on the Django Festivalen Oslo in 2015. The concert filled with a beautiful combination of gypsyjazz and Norwegian folk music was such a succes that they immediately decided to recorded their first album OXYMORONS & CONTRANYMPHS that was released in October 2016. 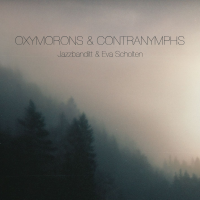 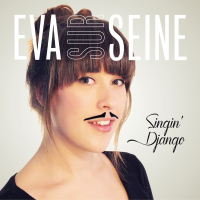 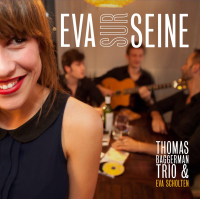 No Moon At All

All About Jazz musician pages are maintained by musicians, publicists and trusted members like you. Interested? Tell us why you would like to improve the Eva Scholten musician page.