Fernando Huergo is a bassist, composer, and educator from Cordoba, Argentina, now based in Boston. He has recorded over 140 albums, including 11 as a leader. Fernando has toured and given clinics in North, Central and South America, Europe and Asia.

Fernando Huergo has performed with his quintet at the Buenos Aires Jazz Festival, and Cordoba International Jazz Festival in Argentina, as well as at Alexanderplatz Jazz Club in Rome, Italy, and Sunside Jazz in Paris, France, The Regattabar in Cambridge, MA and Cornelia Street Cafe in NYC, among others.

In 2010, he received a Grant from Chamber Music of America and the French American Cultural Exchange, which resulted in the recording of the album “Suite in Blue and White”, in Paris, France.

Fernando is a professor in the Bass Department at Berklee College of Music, since 1996, and an adjunct faculty at Tufts University since 2001. A dedicated educator, he has given clinics in Argentina, Costa Rica, Brazil, Colombia, Mexico, Panama, Puerto Rico, Dominican Republic, Guatemala, Canada, Portugal, England, France, Germany, Sweden, Finland, Spain, Switzerland, Italy, Holland, Belgium, Poland, Turkey, Japan, South Korea, China, Malaysia, Israel, and in many cities in the United States.

Album of the Week: Provinciano by Fernando Huergo 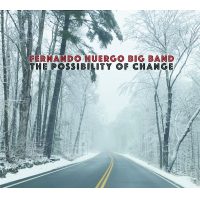 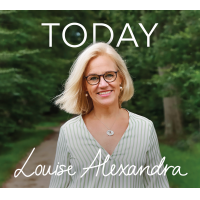 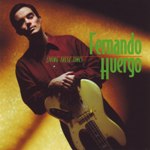 The Possibility of Change

From: The Possibility of Change
By Fernando Huergo

From: Unsaid
By Fernando Huergo

All About Jazz musician pages are maintained by musicians, publicists and trusted members like you. Interested? Tell us why you would like to improve the Fernando Huergo musician page.