In concerts, they combine live performance with the manipulation of analog and digital sound. They released in May 2013 an album (Silence As Beauty) via Local Records (independent Romanian label) and a double disc in 2012 (The Beauty Of Music), which includes some of their earlier material along with contributions from Claudiu Ilariean (romanian independent musician). They also put out a maxi-single CD (six renditions of a song called 'Love Goes Round In Circles') and have several other online releases.

Gabriela and Cristian Fierbinteanu have performed in clubs, galleries and online radio stations in Bucharest and have played live in Prague. They opened for or featured along romanian, american, english, german, french and czech artists.

. Nowadays, Gabriela and Cristian Fierbinteanu are working on new music, to be performed live and released alongside parts of their older material. Show less 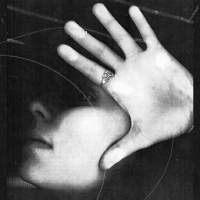 All About Jazz musician pages are maintained by musicians, publicists and trusted members like you. Interested? Tell us why you would like to improve the Fierbinteanu musician page.