Laura Klein (piano/composer): Laura grew up in New York City, and studied music at SUNY Buffalo and at the Berklee College of Music. She has played and recorded her own compositions with the three-horned band Triceratops, the Laura Klein-Ted Wolff duo, and FivePlay. Laura has performed with her own trios (including the great drummers Joe Hunt and Benny Barth), many vocalists including Jenny Ferris and Ed Reed, with the Rudy Salvini Big Band, John Dankworth and the San Francisco Symphony, and many others. She freelances in the Bay Area and is Associate Professor of the Alexander Technique at the Jazz Institute in Berkeley.

Tony Corman (guitar/composer): Tony comes from the Boston area. He graduated from the Berklee College of Music with a B.A. in saxophone performance. He appeared and recorded with Full Faith and Credit big band, the Contemporary Jazz Orchestra, Bay Area Jazz Composerï¿½s Orchestra, and Celia Malheiros. He played on, and was an arranger/composer for the recordings Triceratops, Three Tenors No Opera, and vocalist Jenny Ferrisï¿½s Day In, Day Out. He switched to playing guitar in 2002, and since then has been playing with his own trio, Crotty, Corman and Phipps, and composing and arranging for big bands.

Dave Tidball (woodwinds/composer): Born in Cardiff, Wales, Dave played and recorded in London with Turning Point. Upon moving to Boston, MA, he formed the group Minotaur, which featured his own compositions. Since relocating to the Bay Area, he has played and recorded with Triceratops, Three Tenors No Opera, the great vocalist Paula West, and his own trio, Threedom. Dave teaches music in the Oakland public schools and has a busy freelance playing schedule.

Alan Hall (drums): Alan grew up in San Jose, and spent some time in Boston, playing and teaching at the Berklee College of Music. Highlights of Alanï¿½s extensive resume include performing and recording with Eddie Harris, Paul McCandless, Billy Childs, Kenny Werner, Triceratops, Rebecca Parris, Cirque de Soleil, and many others. He teaches at the JazzSchool in Berkeley, CA, and gives clinics and workshops at festivals, colleges and music stores throughout North America.

Paul Smith (bass): Paul has been playing professionally since his teens. In 1970, he joined the acclaimed Moacir Santos group, where he met his future wife, percussionist and vocalist Sheila Smith. Paul and Sheila had a group for many years, and recorded four CDï¿½s together. Paul has performed and recorded with Mark Levine, Willie Bobo, and toured nationally with Dan Hicks. Show less

"Five And More," 3rd CD By The Fiveplay Jazz Quintet, To Be Released...

ï¿½FivePlay Jazz Quintet is a must for jazz lovers. Donï¿½t miss it.ï¿½

ï¿½They are charting a fresh path in the land of jazz that will be sure to attract a following.ï¿½

ï¿½This is one of the best quintets Iï¿½ve listened to this year, and they get an unequivocal MOST HIGHLY RECOMMENDED, with an ï¿½EQï¿½ (energy quotient) rating of 4.97.ï¿½ 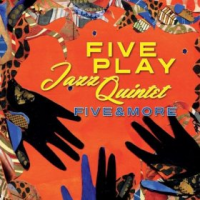 All About Jazz musician pages are maintained by musicians, publicists and trusted members like you. Interested? Tell us why you would like to improve the FivePlay Jazz Quintet musician page.