Born and raised in Germany, trained in New York City and now based in Canada, jazz pianist and composer, Florian Hoefner, draws from a myriad of influences that culminate in his unique brand of modern jazz. Praised as a “composer-bandleader of insightful resolve” by the New York Times and a “harmonically daring pianist […] reaching toward new sonic territory” by Downbeat, Florian Hoefner has made his mark as an inventive creator and performer of exciting contemporary Jazz.

With the Florian Hoefner Group, he has released 3 albums on Origin Records that have received rave reviews around the globe. “Luminosity,” his latest release, has been described as a “starkly picturesque album [...] that makes profound statements from quiet moments” by Downbeat, as “the real deal” by Jazz Journal (UK) and as a “total experience” by the New York Jazz Record. Featuring tenor saxophonist Seamus Blake, this record has been his most ambitious project so far. It has been nominated as Jazz Recording of the Year at the East Coast Music Awards 2017. With the quartet, he maintains a busy touring schedule that has included over 100 performances in Europe and North America to date. After their performance at the Montréal Jazz Festival 2015, Hoefner was awarded the Stingray Rising Star Award.

In September 2017 he released “Coldwater Stories” (Origin Records), his first ever solo piano album with 10 original compositions and improvisations. Exploring a new process that interleaves composed with freely improvised sections it has been described as “sublimely evocative music” by The WholeNote Magazine.

His latest project is a trio with Toronto based musicians, Andrew Downing on bass and Nick Fraser on drums that focuses on interpretations of folk and country music from around the world. Its debut album will be released internationally in September 2019 on Alma Records.

As a member of the Germany-based collective, Subtone, he has released 4 critically acclaimed albums on labels including ENJA Records and performed on 4 continents including festivals such as Jazz Baltica (Germany), ACACIA Jazz Festival (Ethiopia), Jazz in Situ (Ecuador) and Tremplin Jazz d’Avignon (France) where the group was awarded the jury and audience awards. Florian’s work as a sideman has led to numerous additional CD releases including a collaboration with guitarist, Kurt Rosenwinkel on Fresh Sound Records. He has shared the stage with the likes of Joe Lovano, Seamus Blake, Rich Perry, John Riley, trumpet virtuoso Jens Lindemann, and New York Philharmonic clarinetist, Mark Nuccio.

Since July 2014 Florian is a resident of St. John’s, Newfoundland, Canada, where he now serves as Assistant Professor for Jazz Studies at Memorial University.

Read more articles
“Florian Hoefner is a cerebral and harmonically daring pianist whose style crystallizes around jazz and blues fundamentals, but whose adventurous spirit finds him reaching toward new sonic territory. Luminosity, his starkly picturesque new album, makes profound statements from quiet moments. […] There is serious density to this music. Prepare to explore it on end.” Brian Zimmerman, Downbeat

“Mr. Hoefner is an articulate German-born pianist. […] His new album, “Luminosity,” shows him to be a composer- bandleader of insightful resolve.” Nate Chinen, New York Times

“Florian Hoefner is a cerebral and harmonically daring pianist whose style crystallizes around jazz and blues fundamentals, but whose adventurous spirit finds him reaching toward new sonic territory. Luminosity, his starkly picturesque new album, makes profound statements from quiet moments. […] There is serious density to this music. Prepare to explore it on end.” Brian Zimmerman, Downbeat

“Mr. Hoefner is an articulate German-born pianist. […] His new album, “Luminosity,” shows him to be a composer- bandleader of insightful resolve.” Nate Chinen, New York Times

“Hoefner’s own poetry can also be chameleonic as he invents new harmonies and chords that are tantamount to reinventing tonality itself. […] sublimely evocative music. “ Raul da Gama, The Whole Note

“Hoefner is one of Canada’s most interesting young jazz pianists.” Colin Story, The Whole Note

As a teacher, Florian has been active both as a private instructor and clinician, working for institutions like the University of Toronto, the University of Arts in Berlin, Germany, the Anton Bruckner University in Linz, Austria, Riverside Piano in New York City and the Pontificia Universidad Javeriana in Bogotá, Colombia.

Contents of clinics can be negotiated. Florian has presented clinics at the University of Toronto, the Anton Bruckner University in Linz, Austria, the Pontificia Universidad Javeriana in Bogotá, Colombia, the Jazz School Krakow, Poland, the Earl Haig Secondary School in Toronto, the North Toronto Collegiate Institute and The York School Toronto. 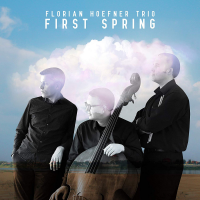 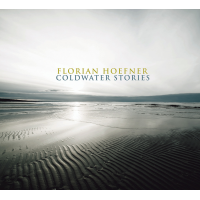 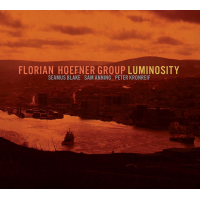 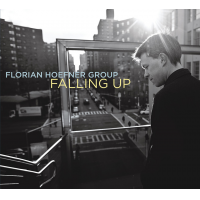 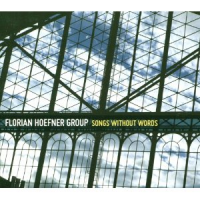 The Way of Water

From: Coldwater Stories
By Florian Hoefner

From: Falling Up
By Florian Hoefner

From: Songs Without Words
By Florian Hoefner

All About Jazz musician pages are maintained by musicians, publicists and trusted members like you. Interested? Tell us why you would like to improve the Florian Hoefner musician page.